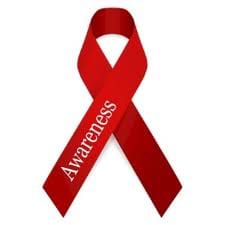 The Eastern Regional Coordinator of the National AIDS Control Programme (NACP), Dr Sampson B. Ofori, has called on Ghanaians not to lose their guard but to sustain the tempo in the fight against HIV/AIDS. He observed that, with the reduction in the HIV prevalence rate, it appeared complacency was setting in by the reduction in funding of HIV prevention activities. Dr Ofori called on all to maintain the momentum in the fight against the disease until the achievement of the overall national target of freeing the society of the threat of the disease. He was speaking at a meeting of the Eastern Regional AIDS Committee in Koforidua on Wednesday to plan for activities towards the celebration of the World AIDS Day, which falls on Thursday, December 1. Dr Ofori said for three years running, the Eastern Region, which is the leading region in HIV prevalence rate maintained a record of 4.2 per cent until 2010 when it reduced to 3.2 per cent. He, therefore, appealed to members of the committee and the district focal persons on HIV to put in more efforts to have the region’s prevalence rate reduced further. The Regional HIV Focal Person, Ms Golda Asante, said this year’s theme for the celebration of the Day is: “Getting to Zero, the Role of the Youth.” She explained that the international theme: “Getting to Zero” was adopted from the international vision of zero new HIV infections, zero discrimination and zero AIDS related deaths. This year’s World AIDS Day would be marketed in the region with radio talk shows and a youth march through the principal streets of Koforidua and a film show at Nankese. Other activities would be organized in the other 21 districts and municipalities in the Region.