Actress Yvonne Nelson has been in the news several times for entering and exiting many relationships.&nbsp;<br /> At age 30, the movie producer is still singl...

Share This
Article:
Font size:
Write a Comment Report
Print
Actress Yvonne Nelson has been in the news several times for entering and exiting many relationships.
At age 30, the movie producer is still single and she is not happy about it. The actress is willing to relegate herself from the spinster football league but afraid she might fall into the hands of a wrong man. Yvonne in an interview with MzGee said she cried the night before her 30th birthday after realising she is not growing younger. According to her, people used to question ladies who were in their thirties about marriage when she was young so she was frightened when entering her thirties but had not seen signs of marriage. Yvonne left Ghana to Italy before she turned 30 last year thinking it was going to release the pressure on her to get marry but the story was the same. “30 years is freaking scary. When I was younger, people used to ask ladies at 30 if they were not going to marry because they were old. All these things are coming back to me.I thought leaving Ghana to somewhere was going to change it but I was in Italy and I cried the night before my birthday because I was leaving the twenties.Now I’m getting 31 and it scarier because I saw some little grey hair. I asked my self how I got here because I thought I was going to have a baby” she said
When asked when she  is going to get marry, the “4Play” actress told MzGee “it’s going to happen soon”. “Its not like women like us we don’t have men approaching us but you have to ask yourself is this the right man because I just don’t want to rush into something and then in eight months or a year I’m divorced for people to be talking about me.” 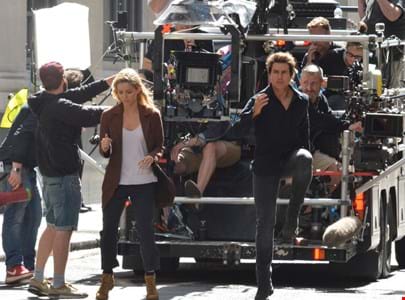 Next article John and I have always been cool Yvonne Nelson