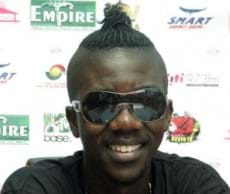 Just as Ghanaians are awaiting the Christmas to release all the stress bumbled up within them in the year, Tic Tac, Ghana’s number one rapper is about to give Ghanaians a wonderful package before then. In an earlier release, it was reported that the dates and further information on the Pre-Album Launch party will be announced to to give funs the opportunity to catch up and also present an opportunity for funs to witness the premiere of the much awaited videos, ‘Feel the heat’ and ‘In the Gallo’in the cities of Accra, Tema, Takoradi, and Kumasi. Speaking to Mr. Gallo (Tic Tac), he told this reporter that, he is about to unleash his very best performance to Ghana. “You can’t afford to miss these shows when it hits your city because it is one of a kind Ghana has never witnessed before. Top Stars Such as V.I.P, Obrafour, Tinny, Sarkodie, Asem, Trigmatic, Atumpan, Dadie Opanka, Chemphe,Guru and Scientific are all confirmed to perform alongside him in the tour. Dj Black, Dj Champagne of GH and Dj Humility from Naija will be providing the sound on the night. Hosted by Jon Germain Events: 2nd November, 2011- Press Conference, Silver bird. Pre- Album Launch Party and Video Premiere follows: 5th November, 2011- Takoradi 12th November, 2011- Kumasi. 19th November, 2011- Tema 26th November, 2011- Accra