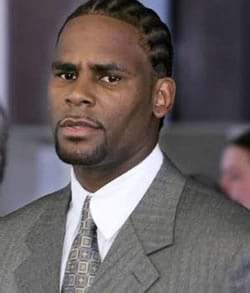 There won't be much "bumpin' and grindin'" going on under this roof. R&B singer R. Kelly is now up against a foreclosure suit for his $2.9 million Olympia Fields mansion in Chicago. So what happened? According to Chicago Real Estate Daily, a complaint filed by J.P. Morgan Chase Bank N.A. last month in Cook County Circuit Court said the singer has failed to make his monthly mortgage payments since June 2010! What's goin' on Kells?! The home's appraisal value dropped 26 percent, going from $5.2 million in 2009 to $3.8 million last year, which means the property is worth less than the debt owed, a source claims. However, it's also been reported that Kelly stopped making the payments in an attempt to force the bank to negotiate a modification of the loan (and it backfired). Well, without a house, the star can't be "trapped in the closet."