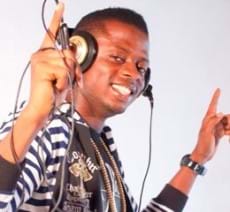 Hi–life musician Old Sodja is ready to roll out two new singles on his untitled album featuring artistes like Trigmatic, talking drum man Atupan and master dancehall specialist Reggy Zippy. The songs, ‘London Girl’ features the man from the matic world, Trigmatic, Reggy Zippy and produced by Appietus plus his (Old Sodja) favorite ‘Sodja go go Sodja go come’ featuring Atupan the talking drum are all danceable tunes that will blow the minds of fans. In a little chat with the artiste, Old Sodja revealed that, the upcoming album is one fantastic work, if we talk about an album with songs (meaning full ones) than he has it. He disclosed: ‘I have great songs on this album, I have songs that meet the current trend of music plus other personal ones that I know will makes massive waves but for now I am releasing these two and I believe they will hit’. On the issue of when these singles will finally roll out, Old Sodja said, ‘as soon as management and I come to conclusion of what promotional strategy to use but for now is up for downloads on all local websites’. The cash n carry single hit man is all optimistic for a sustained career as so far so good for him all the singles released from him seems to be having rotational play on radio and television. Old Sodja’s final words were very short and precise as we ended our little chat, he stressed, ‘I went to perform in Kumasi sports stadium recently and the response was amazing, that gave me hope that Ghanaians will accept the new singles coming like the old ones and I am very grateful to Allah for this great support, may Allah bless us all’. The formal group member to Atupan, Old Sodja is out again and is here to stay, exclusive video upadates plus other information about the songs will be revealed soon, stay put here.