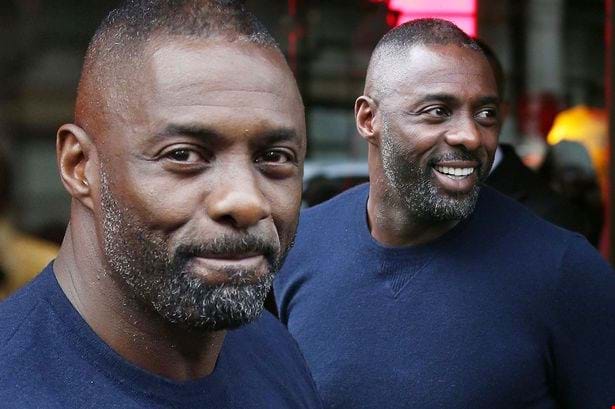 Idris Elba almost died while filming scenes for his latest movie Beasts Of No Nation. The actor, 43, was on set in a tense scene near a waterfall in Ghana when his foot slipped off a rock and the branch he held on to snapped. Recalling the incident on The Jonathan Ross Show, Elba - who plays warlord Commandant in the Netflix film - said: "I nearly died. I was doing this scene - we decided to do this waterfall scene where all these child soldiers were walking behind this massive waterfall. "Cary Fukunaga, the director, decided to shoot it for real. We went to this waterfall and in this scene my character is standing there watching all the child soldiers go past. Now in the setup of that, the stunt co-ordinator says, 'Listen everyone, this is a waterfall, that's a 90, 100 foot drop down there and the ground is very slippery, just be careful!' "I put my foot on this rock just to hang out and chill out while they were setting up and as I'm doing that it's slippery, obviously. I slip... I put my hand on this tree - it's not a tree, it's a branch. It snaps and I go literally about six feet before I go bang over and I got caught by the security guy!" Elba continued: "It was a great experience though, that was my most harrowing [film to shoot]. The director caught malaria and survived and it was great and he kept working so it was that type of shoot. The on-screen tough guy also revealed his softer side, adding: "I can't stand seeing children suffer. I watch Toy Story and I start crying so let alone Beasts Of No Nation!" The Hackney-born actor, who found fame in US series The Wire and has starred in Marvel's Thor films and won a Golden Globe award for his portrayal of late South African leader Nelson Mandela in Mandela: Long Walk To Freedom, became a father for the second time to 19-month-old son, Winston. "He's a good boy with me, really bad boy with his mum because she spoils him, I don't," he told host Ross. "I am the tough guy... I am actually a doting father. I pick him up a bit but for some reason he just takes the [mickey] with his mum." Elba admitted balancing his hectic work schedule with fatherhood can be "tough." "It is tough. Most times if I can, I'll bring my family with and we'll just sort of live but that's really tough because I do long hours and I never see them and I'm always grumpy so there's no point. It is tough, you've just got to spread it out a bit," he said.