I Cherish Glo Because Of The Cash Reggie Rockstone 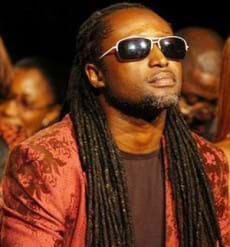 Hip-life Grandpapa Reggie Rockstone has said he cherishes Glo Mobile because the telecoms giant has changed the lives of many Ghanaian artistes with the juicy endorsement packages they offered to them. Glo Mobile has not started commercial services in Ghana but has already signed on some 16 Ghanaian actors, footballers, and musicians including Reggie Rockstone as brand ambassadors in some of the juiciest deals that such categories of persons could ever dream of. “Until Glo came to the scene our bank accounts were virtually empty because Ghanaian do not buy our CDs – they dub our music for free and insult us on top of it but Glo has changed our stories,” he said in an interview with Adom News after a press conference by Glo Ghana to formerly introduce Mr. George Andah as its Chief Operating Officer (COO) for Ghana. Reggie said Glo has shown that they are committed to the welfare of stars in Ghana and not just in using them to push their brand and dumping them like other companies do, adding that with George Andah on board, he was confident things would even get better for the brand ambassadors. He was particular impressed with the fact that Glo even selected senior highlife musicians like Pat Thomas, Papa Yankson and Gyedu Blay Ambuley as ambassadors at their age, and pays them for their performances apart from the contract sums already given to them. “We don’t cherish our artistes in this country and if not for Glo, none of these senior musicians would probably be enjoying the way they are at this stage of their careers,” he said. Reggie said he was 48 years old and for him, it was time to enjoy the fruits of his labour but that would not come through sales of CDs but through shows and endorsements, which Glo has made possible for him and others. He said he was not worried that because of the Glo deal he and his colleague Glo ambassadors cannot attend shows organised by other telecom brands, saying “it is business and the money is good so I do not envy those who attend other shows I cannot attend.” “When you see my bank account now you will understand why we are not worried – we are ok – Glo makes us feel ok – I used my money to build Rockstones Place and I have two clubs now so no complains – we are not bothered about the delay in Glo’s launch – it is what I call the Jesus syndrome – you know he is coming but you don’t know when – and I am sure Glo will launch in grand style,” he said. Reggie also touched on Obour’s MUSIGA presidency, saying it was a sign of a new day in the music industry in Ghana, adding that people had queried why he (Reggie) did not contest, but he said “I don’t like politics and the politics at MUSIGA is fierce.” “I am Oseikrom President and I am content with that – I don’t want any part of the MUSIGA politics – but I am proud of Obour – he started his campaign long ago with songs about youthful presidency and all that and it paid off,” he said. He urged Obour and his team to transform MUSIGA into an institution that seeks the welfare of musicians in Ghana.