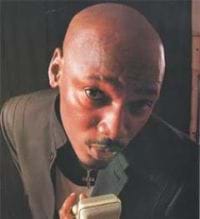 Aftermath of duet with R Kelly For those who don’t know, 2face Idibia will be featuring R.Kelly in his next album. The song has already been recorded in a studio in Uncle Sam’s country and R Kelly did his part. The song is one of the past songs of R&B American star, R Kelly. He actually did a remix and sent it to 2face to add his part to it. Of course, the song is about love and 2face did justice to it. 2face, in a chat with Showbiz Now, reveals that it was a dream come true for him, ‘doing collabo with R Kelly is a dream come true’ he says. And he went on to shower praises on the Kennis Music family whom he credited with the international exposure his songs have enjoyed. “When I look back at my career and how it all started, I am deeply humbled. I never believed I would come this far. That is why I would always be grateful to Kenny Ogungbe, D 1 and the crew at Kennis Music and above all God Almighty who made all this possible. We are like one big family at Kennis.” On the R Kelly duet, the act, who has been spending less time in Nigeria following his European Music Award (MTV) says fans should watch out for it because it is the bomb. “He is one man I have tons of respect for. Maybe, I dreamed of doing stuff with him but it was in the distant future. When Uncle Kenny called me and raised the idea, I was so excited. Off we went straight to New York, now the rest is history. We have recorded a love track together; R Kelly and I, just doing our thing and I’ll tell you what, it’s a bomb!” Tuface hit limelight as a member of the Plantashun Boiz alongside Blackface and Faze in the mid 1990s. He hooked up with Kennis Music following the break-up of the Plantashun Boiz in 2004 and ever since he has never looked back.