Popular Afro-Caribbean artiste, Chantman, asserts that despite the current successes of the music industry, its players must prioritise musicians who promote Ghana’s cultural values through their work.
He emphasised that those who are embracing Ghana’s culture and values, particularly through the local languages are contributing to building a positive cultural image of the country.

“The work of artistes such as Kofi Kinaata who are proud of their local dialect and use it in their music have to be praised and encouraged by the appropriate parties.

“What they are doing is creating a strong industry where African musicians won't feel the need to seek approval from the West in the future”, he said.

While urging support for these artistes, he also emphasised the need for them to maintain consistency so that both their craft and Ghanaian cultural values could be effectively conveyed.

Chantman born Jackie Emmanuel Christopher is attempting to break into the African music scene with his Afro-Caribbean style as a means to create a deeper cultural bond between Africans and the Caribbean.

In a chat with Graphic Showbiz, Chantman said, “it would also be great to see more diverse genres being accepted within the African music space. We have the tendency to reject any sound that is not explicitly Afrobeats, and I would love if our artistes are allowed to explore and incorporate other genres into our music without fear of rejection”.

The artiste who is credited with songs such as Love Me Today, Birthday Song and Give Thanks for Life mentioned that he is currently plying his music trade in Ghana after tracing his roots to the country.

“When I started this style of fusing Afrobeats with Caribbean music, it was only right to start with my motherland since it easily identified with the culture.

“Also, there is no one fronting the Afro-Caribbean style at the moment. Hence, I am so much determined to collaborate with the likes of Sarkodie and Kofi Kinaata to grow the trend as well”, he added.

Chantman is billed to perform at some events at this year’s December in Gh festivities such as Teen Rave, Taadi Fest, Student Music Concert and Bhim Concert. 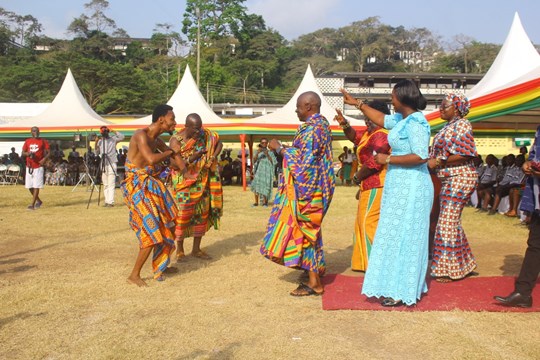