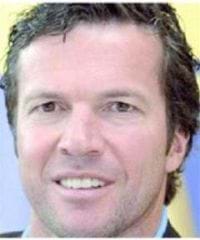 The clock is fast ticking towards the start of the 2010 World Cup and Nations Cup qualifiers campaign. But there is no word yet on who will be in the driver’s seat as Claude Le Roy has already gone into the history books as a former coach. Though the Ghana Football Association (GFA) has publicly indicated that they will not be in a rush to appoint Le Roy’s successor, Graphic Sports have learnt they are making frantic efforts behind the scenes to possibly get a replacement before the June 1 assignment. And among their list of priority are coaches likely to vie for the job. Graphic Sports have learnt that the GFA has indicated a strong preference for coaches from such strong football nations as Italy and Germany or the Scandinavian countries like Norway and Sweden. Sources close to the FA tell Graphic Sports, their preference stems from the fact that the FA now wants someone who is on top of the game and has what it takes to keep the Stars on their great-performing track. If the GFA decide to stick to their plan of head-hunting for Le Roy’s replacement, then the men who have already expressed interest in the job and have submitted their applications may be disappointed. So far seven people — former German international Lothar Matheaus, Jean Thissen (Belgium), Pierre Lechantre (France), Petrovic Vladimir (Serbia), Safet Susic, a French-Bosnian, Luis Antonio Zaluar of Brazil, as well as Robert Muller from Switzerland — through their agents, are reported to have submitted their applications for the vacant Stars job. No Ghanaian coach has put in his application yet. Apart from Matheaus and Le Chantre whose pedigrees in world football are known, the others are not well-known, and the FA insists it does not want to go in for someone who will want to use Ghana as a stepping stone to enchance their career as Mariano Barreto and Serbian Ratomir Dujkovic did. Le Chantre is the 2000 Africa Cup of Nations winning coach of Cameroun, while Matheaus is one of the best players of the German national team, winning the World Cup in 1990, but his coaching credentials are not as impressive as his playing career. Until his announcement that he was not ripe for the job, Ghanaian-born Frenchman Marcel Desailly had been pencilled as the next possible successor, but his refusal to consider the job has left the FA looking elsewhere for answers. The source said with very little time to play their first match, the replacement might not be announced until the June 1 date with Libya. This is to keep the Stars focused and not spend time getting used to the new coach. If that plan is carried out, then former assistant coach now Under-20 head coach, Sellas Tetteh, who is currently leading the team to the international friendly against Australia in Syndey on Friday, will remain in charge until the June 1 hurdle. Since making the public announcement that the FA and Le Roy had agreed to mutually abrogate the contract on May 31 instead of June 30 with the possible two-year ettension falling through, the football authority has set up a five-man committee to look for his replacement.