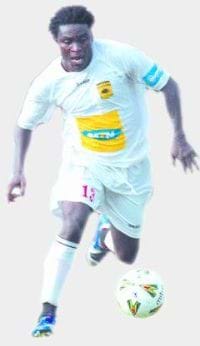 The hierachy of Kumasi Asante Kotoko are optimistic that the prevailing atmosphere on the domestic scene will propel their club to the height of continental glory this season. Mr.Kwame Baah Nuako, Communications Director of Kumasi Asante Kotoko, told the Graphic Sports that the current situation where the team plays almost every week has helped condition the team for the continental campaign this year and Kotoko will have very little excuses for failures. Kotoko last week produced rare magic to conjure three goals in the second half to eliminate Nigeria’s Dolphins in a stormy second leg Confederation Cup duel at the Baba Yara Stadium. The Porcupine Warriors now face Libya’s Al-Ittihad in the last qualifying round for this year’s Confederation Cup. According to Baah-Nuako, in the past clubs who participated in the continental campaign ran into difficulties because they embarked on their campaigns when the local competition was either on recess or had not commenced. I think that this time Kotoko have benefitted immensely from the local competition, and the form we have displayed so far has also inspired to the point we have reached in the competition,” he said. Indeed the Onetouch Premier League is about 11 matches away from the end but the Porcupine Warriors are already the run-away champions. He said even though the club was endowed with great talents, it was obvious that the presence of others will always be crucial to the team. He maintained that the presence of players like Dan Acquah, veteran Osei Kuffuor and Osei Kwame jnr would have added to the quality of the game on any day despite Kotoko’s feat against Dolphin which enabled them to qualify for the next round of the CAF Confederation Cup.