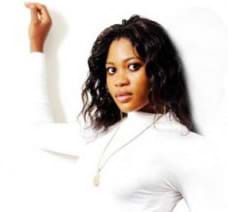 The News One newspaper has gathered that Eazzy, Ghana’s hottest hip-hop and R&B artiste, has fallen head over heels in love with Reggie Rockstone, the grand papa of Hip life music. Eazzy, known for her two hit songs ‘Wengeze’ and’ Bo Wonsem Ma Me’ - turned 24 this year and she has openly told the Ghanaian media that she currently does not have a boyfriend and is also not in any relationship. “If I had a boyfriend I would not feel shy about it at all. I would have said so but the truth is I am not dating,” she revealed. Since Eazzy’s “I have no lover" statement, News One has been tracking her movement to test the veracity or otherwise of her claim and checks revealed that she has a crush on Reggie Rockstone. We observed that she has an unusually strong bond with Tinny, the King of Ga rap and Dede Ayew, Ghana’s Black Star international. She has however described her relationship with the two as an ordinary friendship between celebrities. Eazzy’s close pals say the only obstacle is that Reggie Rockstone is married and even has a son with his wife. It therefore did not come as too big a surprise when Eazzy herself called into E-TV’s Late Night Celebrity Show to confess her affection for Reggie. Eazzy is on the record Label of Lynx Entertainment and has become the talk of town though she entered the Ghanaian music industry in July 2009. One advantage Eazzy has over her contemporaries is her extraordinary ability to dance in addition to rapping and singing at the same time. News One’s checks revealed that after Mfantiman, Eazzy attended the Institute of Professional Studies in Ghana and then to the Chartered Institute of Marketing in England.