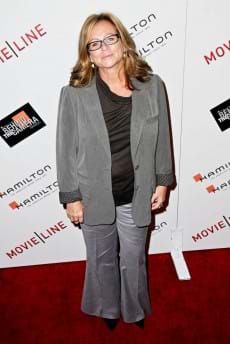 Sally Menke, the editor of director Quentin Tarantino's films, was found dead along a Los Angeles hiking trail early Tuesday, according to the Los Angeles County Coroner's spokeswoman. Police discovered Menke's body in Griffith Park after a late night search using bloodhounds and a helicopter, a police spokeswoman said. Menke, 57, was apparently hiking with a friend on the hottest day ever recorded in Los Angeles since the National Weather Service starting to keep records 133 years ago. Thermometers recorded a high of 113 degrees in downtown Los Angeles Monday afternoon, the weather service said. Menke became separated from her friend, who was walking a dog, according to police spokesman Richard French. The friend called police when she could not locate Menke at the end of the hike early Monday evening, French said. Heat may not have been the only factor in Menke's death, said coroner spokesman Lt. Cheryl MacWillie. An autopsy will determine if she had a pre-existing condition that led to her death, MacWillie said. Menke edited Tarantino's biggest movies, including last year's "Inglourious Basterds," for which she was nominated for an Academy Award. She also was nominated for an Oscar for editing Tarantino's 1995 film "Pulp Fiction." Other Tarantino films edited by Menke included "Death Proof," both "Kill Bill" films, "Jackie Brown" and "Reservoir Dogs." Before working with Tarantino, Menke edited the 1990 film "Teenage Mutant Ninja Turtles."