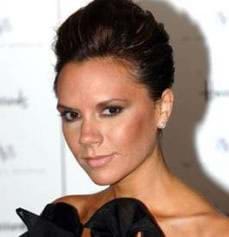 Victoria Beckham has defended her marriage to husband David amid scandalous reports he bedded a hooker - a tabloid story the couple is fighting legally. In a new Marie Claire article, the former Spice Girls star coos about her 11-year marriage to the football stud and model, insisting she's still madly in love with the L.A. Galaxy star. She tells the publication, "We are still so close, David and I. We were at a party the other day at my mum's house and I was sitting on his lap. We're very affectionate. "I looked at him and thought after being married for 11 years, we were the only couple who were even near each other at that party. We're soulmates." And she'd adamant the rumours about her husband's infidelities are untrue: "Before I became famous I used to think there's no smoke without fire. But believe me, there can be a fire without smoke."