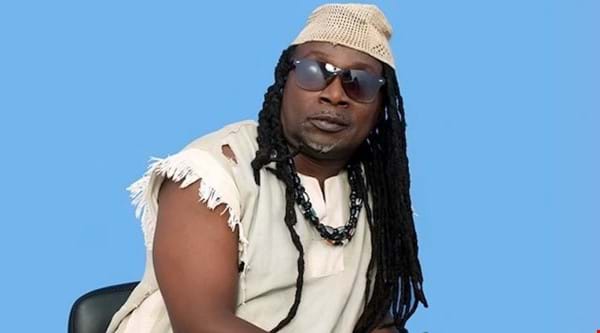 HIGHLIFE musician Amandzeba has bemoaned the lack of creativity in the music industry currently. According to him, every artiste sounded the same now and that was why songs easily faded away.

“There is no creativity any more. In our time, we had competition but because everyone was unique, we got Ghanaians to listen to us; but this time around, we are copying from the likes of Davido and Wizkid when the Nigerians rather copied from us.

“Why are the likes of Amakye Dede, myself, Kojo Antwi, Ayisoba and a great number of the oldies still getting the gigs and playing shows outside all the time?

"It is because we are unique in our own way and appeal to different kinds of people. It is about time our people carved a niche for themselves,” he told Graphic Showbiz recently.

Amandzeba urged the current crop of musicians to take a cue from the older ones, saying a well-produced song never faded.

He opined that if songs from Amakye Dede, Kojo Antwi, Daddy Lumba and Ebo Taylor still sounded fresh in our ears, there was no way it couldn’t be the same for the young artistes.

“I always say that a well-produced song never fades no matter the number of years. Wogbe Jeke is 20 years old but sounds fresh to the ear anytime it is played.

"This is because the production was on point, from arrangement to choice of words, everything that makes a song great was in there,” he said.

Amandzeba added that although the likes of Kuami Eugene, KiDi and King Promise were doing great, he wished they would get closer to the older folks and get some more insight from them.

“The only authentic music we have is Highlife and we must not make it die no matter what,” he added.

Asked what he was doing in his own way for his younger colleagues, Amandzeba said he was helping shape some of them as best he could.

“My doors are always open to any serious artiste who is ready to learn from me. I am not saying I know it all but at least, I can impart the knowledge I have to some of these young ones,” he said.

Amandzeba (formerly known as Nat Brew) first became famous as part of the band Nakorex, formed in 1992 with Akosua Agyapong and Rex Omar. Apart from Wogbe Jeke, Amandzeba has other hit songs such as Biakoye, Baawo, Dede and Mereko.