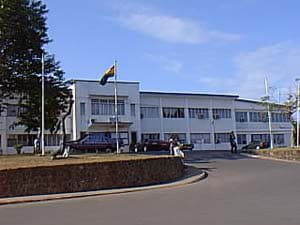 
Authorities of the University of Cape Coast have dismissed over 100 students for poor academic performance. However, the students are said to be loitering on campus and causing confusion. The affected students are unhappy that the authorities published their identities along with their photographs on all notice boards in the university. Joy FM’s Central Regional Correspondent, Richard Kojo Nyarko spoke to the Director of Public Affairs, Mr David Dzonto, who said the photographs of the dismissed students were published because they were parading themselves as students. He said some of the affected students “go to halls and some of them try to foment trouble knowing very well that on our records they are no longer students.” Mr Dzonto asked students of the university to watch out for trouble makers. Some of the dismissed students have complained that even though they have fresh valid admission letters, their names and photographs have been published as dismissed students. The University PRO explained that students who have re-applied and admitted into the university sacked based on their previous poor performance but their new admissions were still valid.