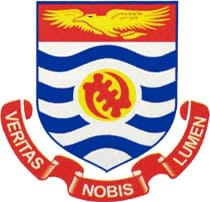 African Universities have been tasked to fashion a strategic vision and practical mission that would target the unique characteristics of underdevelopment of the various national economies. “The task for African universities therefore is to strategize to unite its universities and harness resources for the total accelerated growth of the continent”, Professor Dominic Kuupole, Pro Vice-Chancellor of the University of Cape Coast (UCC), said on Thursday. He indicated that Africa’s development and its attainment of both political and economic independence depended on the outcomes of research, training and knowledge crafteand executed in the various Universities on the Continent. Prof. Kuupole was speaking at a public lecture to mark this year’s African University Day Celebration at the UCC under the theme, “Harmonization of curricula and qualifications in higher education in Africa: Challenges and prospects”. The African University Day was instituted and given international backing to foster close links between the African Union (AU) and the Association of African Universities (AAU) which currently has 212 members, with the vision of bringing African Universities together. The Nigerian High Commissioner to Ghana, Dr. Joseph Olatunji Kolapo, delegations from other sister universities, traditional leaders, Deans of faculties, students of both tertiary and Senior High Schools as well as the general public were in attendance. The Pro Vice Chancellor enumerated some of the challenges faced by African Universities in the twenty-first century, citing inadequate funding, poor infrastructural base and low staff remuneration amidst increased student enrolment. He also expressed dismay over the unsatisfactory academic profiles of some staff in most African Universities. He said African institutions of higher learning and the African people in general needed a unity of purpose for their survival and that it could be achieved only through the harmonization of their academic curricula, synchronization and sharing of their specific human and material resources for the total development of the Continent. Professor Olugbemiro Jegede, Secretary-General of the AAU noted with worry that since the 1980s, higher education in Africa had been given reduced focus by leading donor countries, international agencies and some African Governments resulting in its relative neglect. He added that the last two decades had also seen a rapid rise in student enrolments, continued brain drain and major reduction in public financial resource allocated to institutions of higher education. He stated that the privatization of higher education had also impacted on issues of quality where most higher education institutions experienced difficulty competing on the global market for knowledge creation and production. He said the AAU through its Quality Assurance programme was therefore collaborating with the African Union Commission (AUC) to, among other things, promote quality development in higher education in all its dimensions, including the development of regional and continental frameworks to facilitate the mobility of students and staff. Professor Juma Shabani, Director and Representative of the United Nations Educational, Scientific and Cultural Organization (UNESCO) cluster of offices in Bamako, Mali, re-echoed that higher education, research and innovation were important for poverty reduction and sustainable development. He said an AU harmonization strategy was adopted in 2002 by African Ministries of Education to implement a second decade of education for Africa with the objective of constructing an African Higher Education and Research Space (AHERS). He said strategies employed under the AHERS included the use of Information and Communication Technologies (ICTs), networking as well as partnerships with the AAU, the African Virtual University and the Francophone University Agency. Earlier, an exhibition was held by the various Departments and Faculties of the UCC to showcase their products and services as part of the celebrations.