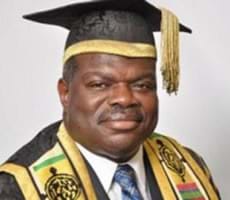 The Achimota School on Saturday held its 84th Annual Speech and Prize-Giving day to celebrate its academic and extra curricula achievements for the past year in Accra. The ceremony, which was on the theme: “Financing Education - The Role of Stakeholders,” saw the presentation of prizes to some teachers and students who excelled in various subjects at the Senior High School Department of the school in the previous year. Professor Ernest Aryeetey, Vice Chancellor of University of Ghana said the current funding challenges of universities have necessitated the need for the academic entities to mobilise financial resources and manage them prudently for more organised selected programmes. He said the time had come for universities to stop depending solely on government financial support. According to him, funds from government were meant to finance the cost of tuition, operations and investments, pay for the conduct of university-based research including investments in research facilitates and equipment. Prof Aryeetey said in most countries, tertiary education was suffering from austerity in spite of the general recognition of its place as principal claimant on public fund. “Until disbursements from GETFund (Ghana Education Trust Fund) became available in 2005, government support for capital investments in our universities was almost zero,” he noted. Prof Aryeetey called on stakeholders to be committed in safeguarding the education of young people to produce quality leaders in future. In her report, Mrs Beatrice Adom, Headmistress, said the school recorded 100 per cent passes in the 2011 WASSCE results adding that it was ranked among the top 10 in the 2011 WASSCE results. “It was also ranked as the only mixed school among the top 10 schools in the country,” she said. Mrs Adom said a critical analysis of the results had revealed a significant improvement in the performance of the students. She said out of 476 candidates presented, 305 passed excellently in eight subjects, 151 had seven passes, 12 had six passes, one had five passes and only two candidates had four passes.