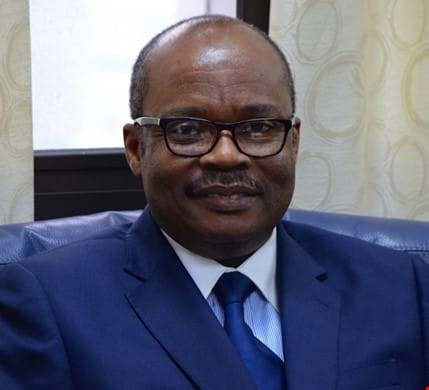 As the deadline for indigenous banks to raise their capital deposit with the Bank of Ghana (BoG) draws closer, employers and employees of the financial institutions are steeped in thoughts over the unsavoury consequences of their failing to meet the requirement.

While employees fret over job losses, their employers, some of whom have spoken to DAILY GUIDE on anonymity, are thinking about their investments and what to fall on in the event that the apex bank applies one of the many options open to it.

The number of persons, who would lose their jobs, could be enormous unless the President intervenes: having showed an affinity for a lifeline of sorts to be thrown at the indigenous financial institutions.

Although a few banks have announced their ability to meet the deadline, most cannot and could come under a likely BoG sledgehammer.

DAILY GUIDE has gathered that currently, 10 local banks are on life support; their minimum capital hovering around GH¢120 million, a far cry from the GH¢400 million BoG requirement.

It has also emerged that only two indigenous banks will survive a BoG compulsory merger of failed banks, one of the various options open to the apex bank as the last resort.

The spectre of some 5,000 personnel of these indigenous banks being thrown out of job is casting a long shadow on the already precarious unemployment situation in the country.

Many tertiary institutions now offer programmes in banking and finance; the products of which largely dream of being absorbed into the banking sector.

Owners of the indigenous banks await the response of the President to whom they sent a petition to stop the approaching deadline to avert an Armageddon.

During the inauguration of a 14-member Committee to actualise the full implementation of the “Ghana Beyond Aid” agenda, the President expressed aversion to a dominance of the economy by foreigners, citing especially the mining, oil and financial sectors.

Industry watchers are wondering how the state regulator of the banking sector is going to marry the President’s wish and the December 2018 recapitalisation deadline.

There are 19 foreign owned banks in the country – all of them hinged on a shareholding arrangement and 10 indigenous financial institutions whose fate is precarious.

The indigenous banks have asked for at least between four and five years to raise the new GH¢400 million.

Owners of the indigenous banks are of the view that the establishment of relatively small and purely local universal banks has enabled credit to reach the informal sector, particularly local micro and small enterprises, cottage industries, agri-businesses, small-scale manufacturers, petty traders and crop and livestock farmers.

They maintained that the bigger banks continue to marginalize the sector because of the perceived high risk.

It’s important to state that this is the sector which requires consistent nurturing and support to grow to become the big businesses of tomorrow that can employ our growing unemployed youth and also create wealth for our nation.

With the indigenous banks stretching for the difference of GH¢280million to meet the new capital requirement, the situation plays easily into the hands of the foreign banks, and reduces further the shrinking influence of indigenous banks and their market share, which is already seen to be around 20%, compared to similar situations in South Africa, Senegal, Ivory Coast and Nigeria, DAILY GUIDE has learnt from some experts.

In those countries, indigenous banks have a large control over the financial sector ranging between 63% in Senegal to 100% in Cote d’Ivoire.

Indigenous banks in Nigeria control 80% of the financial market and South Africa has 76%.