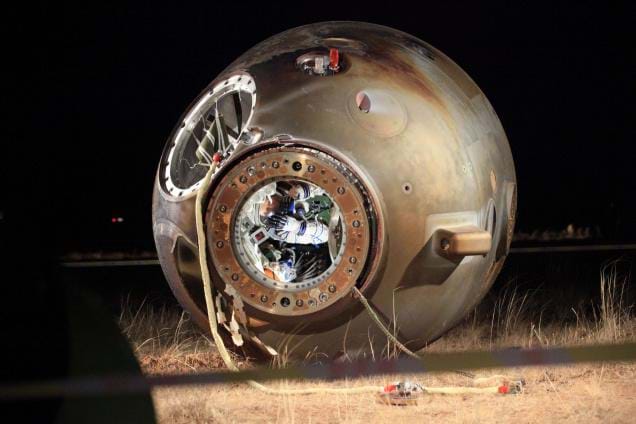 China's mission to achieve a first-ever docking exercise in space, part of plans to build its own space station, was “a complete success”, said officials on Thursday as the unmanned Shenzhou-8 aircraft returned to Earth following a more than month-long docking exercise. As the spacecraft landed in the Gobi desert in the northern Inner Mongolia region by parachute, Chinese officials hailed its return as marking the completion of a key first step for China's space station ambitions. Shenzhou-8 rendezvoused and docked with the Tiangong-1, or “Heavenly Palace”, space laboratory module. China is now only the third nation, after the United States and Russia, to achieve a docking in space, though it trails both nations, which completed this feat more than three decades ago. Three more spacecraft Following Shenzhou-8's success, China will launch three more spacecraft next year, with at least one of them a manned mission. The successful docking, Chinese officials said, would pave the way for China's launching of its own manned space station by 2020. That is the same year the International Space Station (ISS) is brought down — a coincidence of events seen by analysts as reflecting China's resurgence and the West's decline in space programmes. Cooperation The state-run Xinhua news agency pointed out in a recent commentary that China “has been denied access to the ISS for two decades,” but struck a conciliatory note, saying China had invited Germany to conduct experiments with Tiangong-1 — “the first instance of international cooperation since the beginning of China's manned space programme.” China's own space station, Xinhua said, would “offer more opportunity for collaboration among nations, with room for international experiments and possibly space for foreign astronauts”. “The concept of a ‘space race' is now obsolete,” the commentary added. “International cooperation is the future trend and rivalry between so-called space powers will inevitably give way to more friendly cooperation.”