01 Jul 2011
Share This
Article:
Font size:
Write a Comment Report
Print
Accra, July 1, GNA - Government will soon establish a Science Space Centre to provide accurate information about economic impact of climate conditions. The project, which is set to be inaugurated this month, is a partnership between Ghana and South Africa. It would also seek to enhance communication, technology, astronomy and astrophysics for national development. Ms Sherry Ayittey, Minister of Environment, Science and Technology, announced this in Accra at a durbar to commemorate Scientific Renaissance of Africa Day on the theme: 93Climate Change and Food Security; How prepared is Ghana?". The day was set aside by African Union in 1998 to create awareness and interest in science and technology as a critical tool for national development. It is day to reflect on the immense contribution of African scientists to the development of health, agriculture, industry, environmental sustainability and the growth of African economies. Ms Ayittey said human activities over the years had increased the atmospheric concentrations of carbon dioxide and other Green House Gases leading to serious implications for agricultural production. She said the absence of a strong private sector intervention was affecting the nation's research and development effort. She said privately-financed research and development (R&D) currently dominated the world of technology progress but in Ghana it was minimal and its contributions to universities research was barely visible. "It is worrisome that after 50 years of independence existence, the links between University of Ghana and the industrial community of Tema and Accra remain negligible." Ms Ayittey noted that it would be to the country's disadvantage if funding of Science, Technology and Innovation (STI) was postponed in the face of threats of irreversible environmental damage and its debilitating effects on food security. She pledged government's preparedness to support the efforts of scientists in their struggle to find solutions to the myriad of problems and challenges ahead as a developing country. The Minister appealed for increasing funding for STI from the private sector to support government's effort. Professor Benjamin Nyarko, Deputy Director-General of Ghana Atomic Energy Commission (GAEC), said the Commission was committed to build human resources to overcome climate change and food security and prepare the nation to harness its vast energy source for development. He said GAEC was working to produce drought resistant crops and insect control techniques to improve food production and prolonging shelf-life of cereals and spices using nuclear energy. Prof Nyarko said this would help store cereals for longer periods than most of the traditional preservation techniques. In a speech read on behalf of Dr Abdullai Salifu, Director General of Council for Scientific and Industrial Research, he said climate change presented significant threats to the achievement of the United Nations Millennium Development Goals, especially those related to eliminating poverty and promoting environmental sustainability. He said global strategies such as government's policy to warn and educate farmers who depended on rain-fed agriculture could help avert short term dangers of climate change. He commended government for the renewed impetus on science and technology for national development. In order development, Ms Ayittey has donated 10 lap-top computers to GAEC Basic School to enhance the teaching of Information and Technology in Ghana.
Tags :
Science Technology Business Lifestyle 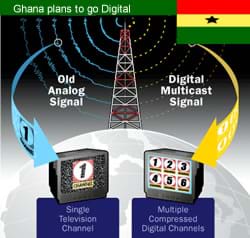 Prev article Ghana Out With Timetable For National Digital Migration 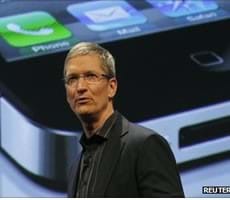 Next article Fifth iPhone expected to be launched by Apple