US Missionary Goes Missing on Arrival 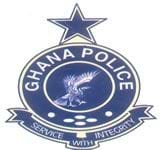 Police in Search of Mission Missionary


The Police have mounted a big search for a 75-year old American missionary, who went missing on his arrival at the Kotoka International Airport. Rev. Barnes, a Baptist Chapel Missionary arrived on March 18, and went out of the airport but a driver who was at the airport to pick him up never saw him. The Deputy Director of the International Police Organisation (INTERPOL) Ghana, Deputy Superintendent Nicholas Asiamah-Yeboah told the TIMES, on Friday September 17, that the Ghana Immigration Services manifest at the airport confirmed the arrival. Confirming the story to Citi FM on Saturday, September 18, on the 'BIG ISSUE' Mr Asiamah-Yeboah said on June 24, Pastor Padmore Godwill, caretaker of Prestige Secretarial Computer School in Koforidua established by Pastor Barnes, reported to the Police Criminal Investigations Department that he dispatched his driver, Kofi Seidu, to pick up Rev. Barnes from the airport but the driver returned to Koforidua without him. He said the CID invited Pastor Godwill and his driver to assist in investigations. Their statements were taken and the driver has since been reporting to the CID to assist in the investigations. Mr Asiamah-Yeboah said the immigration service’s manifest indicated that pastor Barnes arrived at 10:02 pm on a British Airways Flight and subsequently checked out. He said Police investigations had revealed that Pastor Barnes had been in the country for 12 years on missionary duty during which he founded that school. Both Pastor Godwill and driver Seidu live in a house built by Rev Barnes. Mr Asiamah-Yeboah has appealed to members of the public who may have knowledge of Rev. Barnes’ whereabouts to contact the Police.