T A Boateng Passes Away 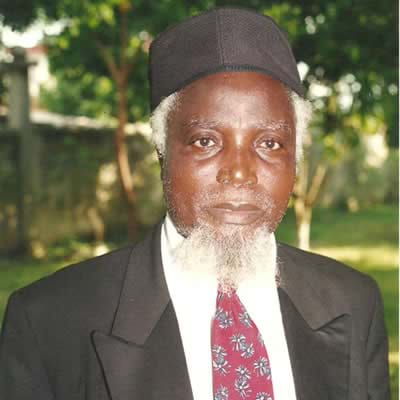 
Mr T. A. Boateng aka Thomas Abdullah Nasir Boateng the former Ashanti Regional Director of Education passed away at 12:40PM on 27th of June 2011 after a short illness. He was 74. May he rest in peace. He was the first Ghanaian Headmaster of the T. I. Ahmadiyya Secondary School in Kumasi (1971 to 1981) After been promoted to the rank of Director , he was transferred from the school to head the Advanced Teacher Training college now University of Education Winneba -South Campus in the central region of Ghana. He served deligently transforming a hitherto disruptive College with lots of students unrest to a peaceful one (1981 to 1987) .His old students affectionately called him Kooboat. Till his retirement from active service, he was the Ashanti Regional director of education. He was survived by a wife Mrs Khadijah Boateng , Six sons: Sadique Boateng- 2008 National Best Teacher , Mohammed Agyei-Boateng -Teacher UK, Nuruddin Boateng - IT/Teacher New Zealand, Rafiq Agyei Boateng - Teacher, Abdus Salaam Boateng - Ghana, Zacharia Boateng and 4 daughters: Mrs Ayesha Boateng Ahmed -Nurse Korle Bu , Mrs Nusrat Kwakye -Nurse UK, Mrs Khadija Andoh - US and Mrs Jamila Asante- Nurse Ghana He was born into a family of 5: 2 boys and 3 girls he was the last born and was the only one to get formal education. He was very pious, honest and selfless. He was a talented Chemistry teacher and a prominent member of the Ahmadiyya Muslim Jamaat and has contributed a lot to the Education Service of Ghana. He will be buried on tuesday at Kasoa Ahmadiyya Cemetary