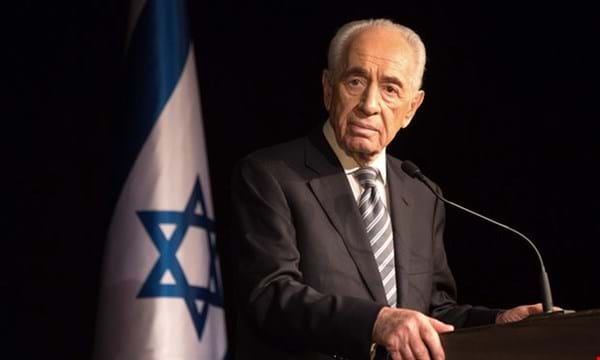 Shimon Peres, one of Israel’s defining political figures and a Nobel peace prize laureate, has died at the age of 93, two weeks after suffering a stroke.

Peres had twice served as prime minister of Israel and later as the country’s ninth president. He had been seriously ill on a respirator in an Israeli hospital near Tel Aviv and died after his condition deteriorated sharply.

Among those who have said they will attend his funeral and burial on Jerusalem’s Mount Herzl on Friday are Barack Obama, Hillary Clinton and Bill Clinton, as well as Prince Charles and François Hollande.

In more than six decades of political life his defining achievement was as one of the key architects of the Oslo peace accords, for which he was jointly awarded the Nobel peace prize in 1994 with the then Israeli prime minister, Yitzhak Rabin, and Yasser Arafat, the chairman of the Palestine Liberation Organisation.

Those peace agreements – signed in Washington in 1993 and Taba, Egypt in 1995, – foresaw the creation of a Palestinian state, and were named after the Norwegian capital where the two sides launched eight months of secret negotiations in which Peres played a key role.

With Peres’s death the last of that trio has now gone.

Rabin was cut down by a rightwing assassin’s bullet in 1995, with Arafat dying nine years later. Today, the prospect of the peace and two-state solution offered by Oslo is far away, after the collapse of that peace process in 2014.

Peres’s death was formally confirmed on Wednesday morning by his son Chemi in a news conference at the hospital where his father had been treated. He had been rushed to hospital on 13 September after suffering a stroke.

“Today with deep sorrow we bid farewell to our beloved father, the ninth president of Israel,” said Peres’s son. “Our father’s legacy has always been to look to tomorrow. We were privileged to be part of his private family, but today we sense that the entire nation of Israel and the global community share this great loss. We share this pain together.”

Within hours of his death, tributes to Peres began from world leaders. In a statement, Obama described him as “the essence of Israel itself”.

He added: “As Americans, we are in his debt because, having worked with every US president since John F Kennedy, no one did more over so many years as Shimon Peres to build the alliance between our two countries – an unbreakable alliance that today is closer and stronger than it has ever been.”

The UN secretary general, Ban Ki-moon, said: “He worked tirelessly for a two-state solution that would enable Israel to live securely and harmoniously with the Palestinians and the wider region.

Even in the most difficult hours, he remained an optimist about the prospects for reconciliation and peace.”

The Clintons said they had “lost a true and treasured friend” and that Israel had lost a leader “who championed its security, prosperity and limitless possibilities from its birth to his last day on Earth”.

They called him “a genius with a big heart who used his gifts to imagine a future of reconciliation, not conflict”.

The Palestinian president, Mahmoud Abbas, called Peres a partner in reaching a “peace of the brave” and said hes “exerted persistent efforts to reach a just peace from the Oslo agreement until the final moments of his life.” 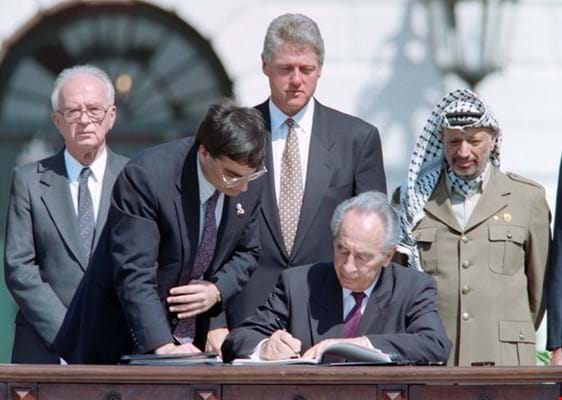 Peres had had several health scares this year and was admitted to hospital twice because of heart problems. In the first case, the hospital said he had suffered a “mild cardiac event” and underwent catheterisation to widen an artery. He was rushed to hospital again days later with chest pains and an irregular heartbeat.