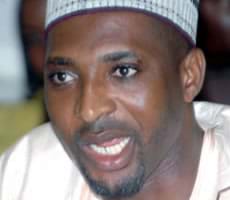 
The Presidency has dismissed as false Daily Guide’s publication, which claimed that President John Mills has ordered fresh investigations into the Muntaka scandal. The Muntaka scandal was first investigated by a National Security Committee on the orders of the President. The findings of the National Security Committee largely exonerated the former Sports Minister although the Asawase MP was faulted for having used his position to secure a German Visa for Edith Zunayela who was alleged to have been his girl friend. On Thursday, November 25, the Daily Guide claimed to have concrete information that President Mills has directed that fresh investigations be conducted into how an amount of $20,000 went missing from the Ministry’s coffers. The money was alleged to have exchanged hands between Hon Muntaka and two interdicted officials of the Ministry namely: Mr Adim Odoom, former Chief Accountant of the Ministry and Mr Anthony Ampong, former Chief Director for the Ministry. However, speaking to host of the Citi Breakfast Show, Moro Awudu on Thursday, Koku Anyidoho, Director of Communications at the Presidency said the President has not issued any such directive. “The answer is no, the President has not issued any such directive”. Hon Alhaji Muntaka Mubarak, also in an interview on the Citi Breakfast Show accused the Daily Guide newspaper of deliberatly publishing false stories with the aim of destroying his reputation. “I have just decided not to take them to the Media Commission or court, I don’t have time for them but I leave them to their conscience because this entire thing that they are doing is complete mischief...it is just not fair. I don’t know what they want from me and I don’t who and who are behind them”. Meanwhile, information available to Citifmonline.com indicates that the Commission on Human Rights and Administration Justice, (CHRAJ), has concluded investigations into the Muntaka Scandal. A report to that effect is being prepared and is set to be released soon. A top source at the Commission confirmed to Citifmonline.com that the report is currently being perused by the Chairman of the Commission, Justice Emile Short and would be made public within the next few days. The source however failed to give details as to the exact findings of the Commission after several months of investigations into the scandal. CHRAJ begun its probe after the Progressive Nationalist Forum (PNF), an Accra based non-governmental organisation (NGO) petitioned the Commission, to investigate the conduct of the former Youth and Sports Minister whilst in office. PNF had made allegations of abuse of office and conflict of interest against the Asawase MP when he took office as Minister of Youth and Sports. The group further accused Hon. Muntaka of fraud, after he allegedly used false information to secure a German visa for his girlfriend, Ms Edith Zunayela, together with using the Ministry's resources to finance their trip to watch the CHAN tournament held in Cote d'Ivoire in 2009. In a petition dated January 1st, 2010 and signed by its spokesperson, Richard Kwesi Nyamah, to CHRAJ, the PNF said Alhaji Muntaka had failed to produce receipt of US$10,000 he received from some government officials, upon his request to settle landing charges for the aircraft the locally based national team used for the CHAN tournament in neighbouring Ivory Coast.