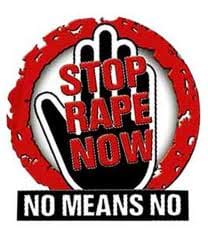 Police in Obuasi are investigating the death of a 62-year-old woman, Yaa Gyamfuah from Patakro, who is said to have died from a day’s bout of hot sexual intercourse with a man resident in the same farming community in the Adansi North District of Ashanti. Nicholas Owusu, 56, and a farmer at the village, allegedly sneaked into the room of the middle-aged woman and gave the victim a fatal sexual intercourse, which eventually paralyzed her and rendered her speechless, leading to her death. The suspect, who was arrested from his hide-out in Kumasi, has since been remanded in prison custody pending further investigations. He has been provisionally charged for rape contrary to section 97 of Act 29/60 and he is expected to re-appear in court on October 22, 2010. Nicholas Owusu admitted to having had a day’s sex with the deceased, though he insisted his innocence to the charge of rape because there was mutual consent before the action took place. He told DAILY GUIDE he was in an amorous relationship with the 62-year-old woman and that they agreed to have sex, which they did, but incurred the displeasure of his lover’s children, who beat him up, thereby going into ‘self-imposed exile.’ Later, the woman fell sick after their relationship became known to the community, during which period he remitted the deceased until her death about three months ago. However, the children of the woman insist the accused person raped their mother, leading to her death and want justice to be dispensed. Inspector Emmanuel Osei Kumi informed the court presided over by Gilbert Ayisi Addo that the complainant, Comfort Essuman, is a seamstress and daughter of the deceased and, the accused is a farmer. Prosecution said in the early part of this year, the complainant brought her mother, who was sick, from Kumasi to Patakro to live in the family house. On May 5, 2010, the accused sneaked into the room of the deceased and forcibly had sex with her, after which he went into hiding. According to Inspector Kumi, a report was then made to the police, but the victim who could barely talk or walk, could not give a statement to the police and died two weeks later. The accused was, however, arrested from his hide-out on September 29, 2010. He admitted in his caution statement to the police of having had sex with the victim, but with her consent, indicating that the deceased was his lover. The prosecutor said that the case was still under investigation, as he prayed that the accused be remanded.