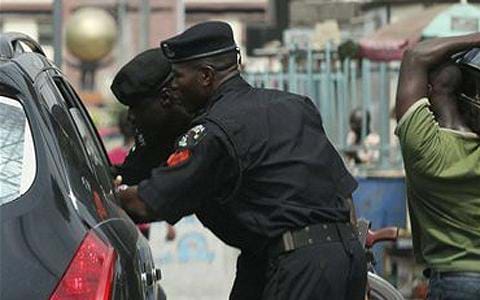 
Four suspects have been arrested in Nigeria in connection with the kidnapping of four journalists earlier this month. The journalists were released unharmed after being held for a week. Nigerian police have arrested four men in connection with the abduction of four journalists and their driver in early July in Abia state. A police spokesperson based in the capital Abuja, Emmanuel Ojukwu, confirmed that they have men in custody. Though he added the men being held do not make up the entire gang of kidnappers responsible for the abduction earlier this month. "We have four suspects in custody, but the real actors, we are in hot pursuit of them," he said. According to Ojukwu, the four suspects gave the kidnappers information and food. Police are currently interrogating these suspects in order to help them find the people who seized the journalists. "They are associated to the kidnapping, so they have a lot to tell us concerning the incident," he said. The abductors originally demanded a ransom, but Nigerian officials say they eventually freed the journalists without being paid. The incident was the second kidnapping in Nigeria involving journalists this year. The oil-rich Niger Delta region has experienced an increase in violent attacks during the past four years, but they usually involve foreign oil workers.