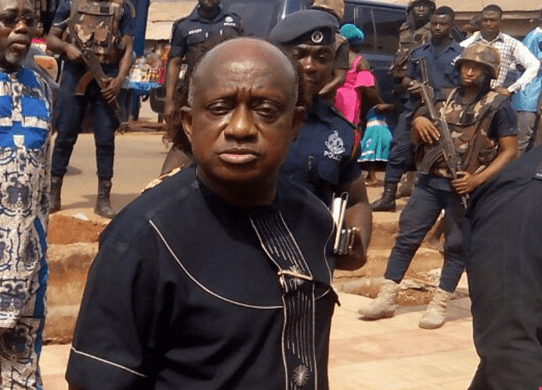 
Mr Simon Osei Mensah, the Ashanti Regional Minister, has asked residents in the region to strictly comply with the government’s directives on the two-week partial lockdown.

He said the security agencies have been given firm instructions not to allow passenger vehicles enter the Greater Kumasi by Monday, 1 am, and they will do just that.

Speaking in an interview in Kumasi on Monday, Mr Osei Mensah warned that the security forces would ensure strict compliance of the directives.

The Minister’s warning follows reported cases of load of buses with passengers who had been denied entry into Kumasi and its environs by security forces on Monday dawn.

Scores of people, who tried to enter Kumasi from the various entry points on Monday dawn, after the lockdown had come into force, are said to be stranded at the various check points.

Mr Osei Mensah said people should not try to take the directives for granted.

He asked the people to return to wherever they were coming from since they would not be allowed to enter the restricted areas.

Mr Osei Mensah said people residing in the restricted areas would also not be allowed to travel outside their areas in the period of the lockdown.

He said the directive from the government was in the interest of all to help prevent further spread of the virus in the country and appealed to all to comply and cooperate with the security forces.