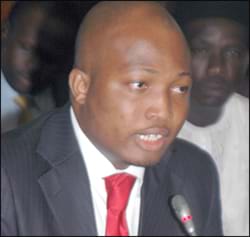 
A deputy Minister of Information says reports of Militia groups springing up in the oil rich Cape Three Points in the Western Region of Ghana are untrue and must be discarded. Samuel Okudzeto Ablakwa told Joy News the reports are of no substance, adding “those who want to give credence to it just want to engage in unnecessary fear mongering.” The Today newspaper on Wednesday reported of a militant group in the Cape Three Points who are threatening mayhem if the oil revenue does not benefit the indigenes. Residents in the area have been quick to dismiss the story but Security Analyst Dr. Kwesi Aning insists the situation could even be worse and have cautioned national security to be vigilant. Speaking to Joy News’ Dzifa Bampoh the Deputy Information Minister Samuel Okudzeto Ablakwah says government has done enough checks and is convinced no such militia group exists in the Western Region. He said government is rather guarding against circumstances that will engender people to lure the youth to take up arms in the oil rich area. “At the end of the day what will make militias thrive or give people with evil intentions the opportunity to lure young persons and co-opt them to form militias as we have seen in other parts of the world is to what extent we are able to manage the oil resources so that everybody benefits including the people of the Western Region. That is our safest cure to all of [these] reports of insecurity," he said. He added government has laid before Parliament two important oil bills that will streamline activities in the oil industry. “We are going to ensure that at the end of the day no politician or no leader of this country divert the people’s resources. That at the end of the day the oil wealth will significantly improve the living conditions of the people of Ghana and the people of Western Region,” he stated. “We will want that story and that publication to be discounted,” he insisted. He reiterated that the story lacks merit, but added national security will ensure that everybody and other natural resources are safe.