"I Am Not To Blame For Malfeasance" | Michael Nsowah 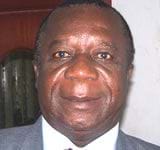 "I Am Not To Blame For Malfeasance" | Michael Nsowah Website
A former Director-General of the Ghana Education Service (GES) Mr. Michael Nsowah has distanced himself from financial malpractices in some second cycle institutions currently being investigated by the Public Accounts Committee. An Auditor General report released this year said over Gh¢153 million was in 2004 indebted to students owing fees or through non-competitive bidding in senior high schools across the country. About 17 schools in the Brong Ahafo and Central Regions were queried by the Public Accounts Committee for financial malfeasance. Mr. Nsowah during whose reign the irregularities occurred says he cannot be blamed. He told Joy News that audit conducted on Mfantseman Girls Senior High School detected that items were bought at prices far above the market prices. According to him when headmistress was queried she said she bought quality and that explained the high price. “What she meant by quality I don’t know”, he stated. Mr. Nsowah recommended that heads of schools who are found to have engaged in financial malfeasance should be prosecuted. The Auditor-General found out that the headmistress of Mfantseman Girls Senior High School bought fresh tuna at 288.3 million old cedis between January 2002 and November 2003 at the unit cost of between eight million and 10 million old cedis per ton while the market price was estimated at five million old cedis. The school therefore is reported to have lost an estimated 119.75 million old cedis through over-invoicing due to failure to invite quotations from different sources as required by the Public Procurement Act, 2003, Act 663.