Some victims of last Wednesday's flood in Ghana's capital, Accra, were denied their good sleep during the wee hours of Monday as another rain came knocking at m... 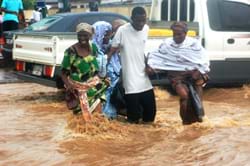 ©Recent Accra Floods
Share This
Article:
Font size:
Write a Comment Report
Print
Some victims of last Wednesday's flood in Ghana's capital, Accra, were denied their good sleep during the wee hours of Monday as another rain came knocking at midnight. Citifm checks in areas such as Kwashibu, Santa Maria, A-Lang, Awoshie and Tabora indicate that locals immediately came out as the rains started at that ungodly hour. Some desperate few were spotted carting their salvaged properties from last week's torrential rains to safe and hilly areas. Friends and relatives also did not sleep as calls kept coming through to ascertain the actual situation on the ground. "I'm really scared," Sampson, a local of Kwashibu told Citifmonline. com. "We saw it [flood] last week and it's possible it will come again." "I can't sleep. The thunderstorm scared me. I don't know what will happen next." A lot of people were seen keeping vigil in front of their houses waiting to know what action to take next as the main drainage in their area gets full to the brim. About nine lives were lost and several properties running into millions of Ghana cedis were destroyed during last week's flood that affected most parts of Accra.
Tags :
Science Technology Business Lifestyle 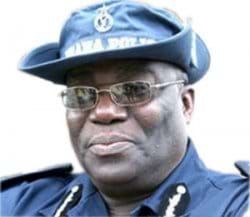 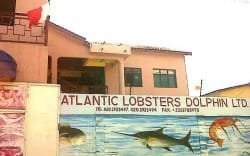 Next article Racist Club In Ghana Closed Down