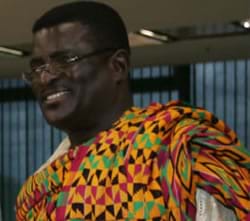 
Ghana’s Ambassador to Brazil has issued a statement denying he forced his 40-year old Nigerian Secretary to have sex with him on four separate occasions. Helen Adewonuola, a Nigerian who naturalized as a Brazilian, accuses Mr Samuel Kofi Dadey of threatening to fire her if she had declined his sexual advances. She allegedly gave in to the Ambassador’s persistent harassment but later reported the incident to the Civil Police of the Federal District in Brazil, according to the Daily Searchlight Newspaper which first broke the story. The Secretary later filed a court case against the Ambassador for damages. The case was withdrawn after Mr Dadey agreed to pay about $22,000 to settle the issue out of court. The Ghanaian Times reported on Saturday that President John Mills had recalled and immediately retired the Ambassador for his alleged misconduct. The apparent recall was attributed to Foreign Minister Alhaji Muhammed Mumuni. But in a statement issued to the Ghanaian media through investigative journalist Justice Annan, Mr Dadey denies all the allegations, describing them as provocative and slanderous. The Ambassador insists he only agreed to the out of court settlement proposed by the lawyer of Mrs Adewonuola to safeguard the image of the Embassy and on the advice of the sitting judge and the Brazilian Foreign Affairs ministry. “I personally bore the cost of the settlement because I did not think it was right for public funds to be spent on a case based on alleged sexual harassment by me,” the statement said According to Mr Dadey, Mrs Adewonuola was sanctioned to serve as a warning to other staff to comply with Embassy regulations. She returned to post three days late after taking her leave. He also claims Mrs Adewonuola claimed she had been forced to have sex six times with the Ambassador in papers filed with the court, but this number mysteriously dropped to four at the conclusion of the matter.