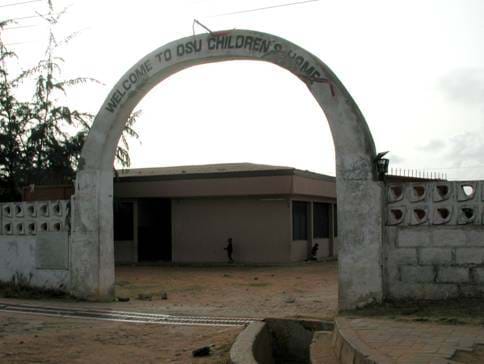 
The Ministerial fact-finding Committee on the Osu Children's Home alleged abuses has indicted mangers of the Home for professional negligence. The managers failed to keep proper health and monitoring record of children in the Home; failed to follow due process on the death of a child at the Home; lapses in managerial supervision; and incarcerating some "difficult children," at the Remand Home without Court orders. Other issues for which the Committee found the Home culpable include hoarding of donated food items; inadequate security; exposing children to danger especially by Volunteers who manipulate the system and consistently taking photographs of children without seeking permission. The Committee made these known during its second public hearing of alleged abuses of children as captured in the investigative video footage by Mr Anass Aremeyaw Anas. The mandate of the Committee were among other things, to review the full text of the video footage, examine the structure of the Osu Children's Home, look into the cases of child neglect and abuse and allegations of theft of donated items to the Home, investigate allegations of sodomy and make appropriate recommendations to improve the general management and ways to prevent any such re-occurrences in future. The Committee therefore directed that nobody should be allowed to take photograph of any child at the Home without proper authorization; "It is an offence to take photographs of innocent children without the consent of the parent or guardian. "Some Volunteer groups have posted pictures of children from the Osu Home on their websites in a nature that depict they are the managers of the home…it is more dangerous in this modern era when pictures can be manipulated," the Committee directed. Appearing before ten members out of the 11-Member Committee, Mrs Sharon Abbey, Manager of the Osu Home whilst apologizing for the infractions at the Home, also expressed concern about some of the scenes in the video footage. "Some of the events in the footage happened before October 2008 when I assumed office but still appeared in the clip…the clip does not totally represent the true reflections of affairs. "Some events were stage managed and the children are ready to testify to this," Mrs Abbey flanked by other officials of the Home and Directors of the Department of Social Welfare, stated calmly. Mrs Abbey denied most of the allegations but noted that the Home, operating on limited budget and other logistical constraints had instituted measures to strengthen supervision, security and other lapses that might have occurred. She said since assumption of office on October 6th, 2008, she observed that inadequate funding; shortages of professional social workers and caregivers; the lack of appropriate structures to make the Home more friendly to the disabled and the need for a resident nurse were among the serious challenges confronting the place. Mrs Abbey said the mortuary captured in the video footage was that of the La General Hospital with the morgue attendant wrapping the baby…"dead children from the Home are kept at the La Hospital mortuary for the necessary consultation before they are buried. "We inform relatives of the death of the child before burial," she said. On the stealing of donated items by staff, the Manager denied it categorically, stressing "we at times support and motivate our staff with excess donated items whilst some donors also directly give to staffs. "The cloths that were burnt were old cloths that the children cannot use, but we have instituted measures to stop burning, possibly give it to other orphanages" she indicated. Mr Anas Aremeyaw Anas, an investigative journalist, captured scenes of the maltreatment of children on video tape during an undercover investigation at the Osu Children's Home.