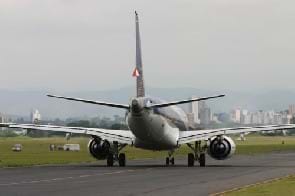 The Minority in Parliament on Wednesday held that Government’s purchase contract of Embraer 190 Aircraft for the Ghana Armed Forces (GAF) was bubbled with tonnes of shady deals. Mr Osei Kyei-Mensah-Bonsu, the Minority Leader, who spoke against the deal, said the basic cost of an aircraft according to their investigations was million as against ,750,000 stated in the agreement. He later presented the source of his prices of aircrafts for distribution to members. Government is seeking a loan facility between it and the Brazilian Development Bank (BNDES) for an amount of US$ 105,370,177.09 for the purchase of one Embraer 190 Aircraft, related logistics and the construction of a hangar. A hangar is a closed structure to hold aircraft or space in protective storage. Terms of the agreement include, a finance amount of US,370.177.07 for aircraft and logistics, export credit of 85 per cent from BNDES amounting to US,370,177.09 including export credit BNDES Insurance of US,520,177.09. It has a repayment period of 10 years and a grace period of one and half years with interest rate of CIRR-2+1.05 per cent, structuring fee of US{content}.50 flat and a commitment fee of 0.50 per cent per annum. Mr Kyei-Mensah-Bonsu said: “The figures quoted are very suspicious, we smell rat in this agreement, we smell a torn umbrella in this agreement.” He called on the Government to go back and do due diligence before the House granted the loan agreement. Mr Joe Ghartey, New Patriotic Party (NPP) member for Ketan/Esikadu wondered why government used sole sourcing in its application of the loan. Quoting the section 40 of the Procurement Act he said the conditions under which sole sourcing could be resorted include urgent need and in catastrophic events. Alhaji Fuseini Inusah, Deputy Minister of Energy, quoted part of the Committee’s report on the agreement, which stated that: “The committee has carefully examined the agreement and noted the urgent need to replace the ageing fleet of aircrafts of the Ghana Air Force which are due to be phased out in line with the Air Force’s strategic plan”. Defence Minister Lieutenant General Henry Smith also tasted the brunt of Minority wrath when he said on the floor of the House that the hangar could contain three aircrafts as against two aircrafts he earlier told the committee on the agreement. The house also endorsed the credit agreement between the Republic of Ghana and Fidelity Bank Ghana Limited for an amount of 11,750,000.00 Euros for the purchase of two DA42 MPP Guardian Surveillance Aircrafts. The loan has an interest rate of 22.90 per cent plus a margin of 3.0 per cent per annum, a repayment period of 54 months, and a maturity period of 60 months.