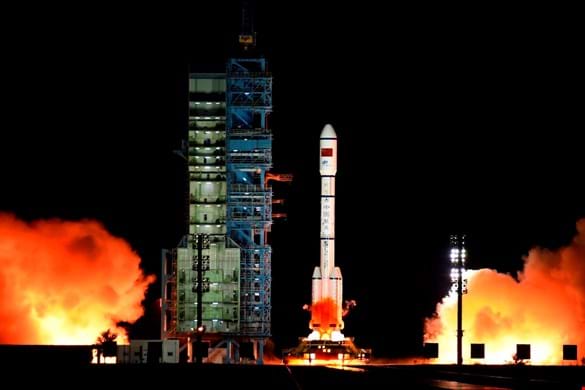 China has launched a second experimental space station, as it looks to have a crewed outpost by 2022.
The Tiangong 2 blasted off just after 22:00 local time on Thursday from the Gobi desert.
Next month, two astronauts will go to the station to conduct research.
Beijing has made space exploration a national priority and is the third country, after the Soviet Union and the US, to launch people into space.
The mission follows the launch of the Tiangong 1 prototype in 2011, a smaller but also operational model.
Is it a proper space station?
Depends on what you mean by "proper". It is an experimental space laboratory which is part of the preparation for a permanently manned station that Beijing wants to have circling around the globe sometime around 2020.
But make no mistake, the Tiangong 2 is still an operational space station, even if it is still only a prototype ahead of the real thing. Translated as Heavenly Palace 2 it is about 15m long and can have other missions dock with it.
The astronauts that will come on board next month are to spend a full month up there - a longer period of time than possible on Tiangong 1.

What will happen on the Heavenly Palace 2?
Once the crew arrive next month they will embark on research projects.
Quantum communications, gamma ray burst research and fluid physics. There is also the (slightly easier to grasp) research on plant growth in space.
Most interestingly perhaps for a layperson, the space station will carry an atomic clock which Xinhua news agency said will only lose one second every 30 million years.
This is expected to make future mobile navigation more accurate, Xinhua cited scientists has saying.

If all this makes you worried about China's long-term cosmic ambitions, then you are not the only one.

If all this makes you worried about China's long-term cosmic ambitions, then you are not the only one.
China's space ambitions
Pushing ahead with its space programme is a priority for Beijing, and China insists it is of a purely civilian nature.
The US Department of Defense has said that some elements of it seem targeted at being able to stop other countries from being able to use their space assets - like satellites - in a time of crisis or confrontation.
In August, the country launched the world's first quantum satellite, aimed at achieving "hack-proof" communications between space and ground control.
China is a late starter when it comes to space exploration. It's only in 2001 that they launched space vessels carrying test animals and in 2003 Yang Liwei became the first Chinese person to go to space, making China the third country after the Soviet Union and the US to conducted manned missions in orbit. 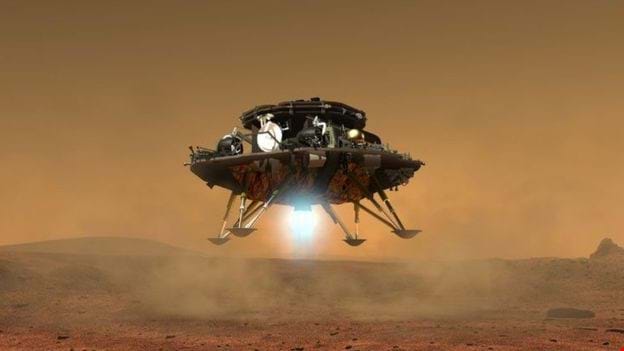 Antibody blocks infection by the SARS-CoV-2 in cells, scientists discover 340