Clergy: Invest In The Lives Of Neglected And Physically-Abused Children 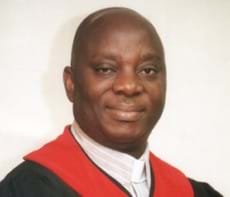 Clergy: Invest In The Lives Of Neglected And Physically-Abused Children Website
Reverend Dr. Fred Deegbe, General-Secretary of the Christian Council, has called on Ghanaians to invest in the lives of neglected and physically-abused children to forestall their plights. He said the little contributions and savings made to sponsor the holistic upbringing of the underprivileged children would be more than enough to positively turn their lives around. Rev. Dr. Dogbe made the call on Saturday at the 5th Anniversary celebration of Compassion International Ghana (CIG), a Christian non-governmental organisation, organised in Accra. The Anniversary was under the theme: “Transforming the World, One Child at a Time.” Rev. Dr. Dogbe expressed dissatisfaction in the elaborate funeral rites and parties organised for the dead. He stressed that monies could be used to invest in the lives of the underprivileged in society if modest and dignified burial ceremonies were conducted for the dead. Rev. Dr. Dogbe claimed that people spent unnecessarily on food, drinks and other items which could be have been used for investing in the social and spiritual upbringing of the underprivileged. He called on stakeholders, churches, organisations, governments and individuals to support the poor and needy in the society, especially children. Miss Joyce Aryee, Chief Executive Officer of the Ghana Chamber of Mines, appealed to women to cut down expenditure on their dress and groom as well as on cosmetics to save for the poor in society. “Men can also cut down on excess spending on drinks and unnecessary gifts they buy for female friends in order to support these children,” she said. Miss Aryee observed that CIG had made positive impact on the country’s tourism industry adding that many of the international sponsors who visited Ghana travelled to tourist sites as well. She said cumulatively, CIG had contributed huge sums to the Gross Domestic Product of the country’s economy adding “within the last five years the total funds brought into the country for CIG’s programme activities is over GHc20, 000,000.” Ms. Aryee said “We can only anticipate that as you expand to other regions in subsequent years, more money and resources will come from Compassion International to speed up the attainment of the Millennium Development Goals”. CIG is a non-profit organisation that operates as a Christian child development ministry to promote the spiritual, physical, economic and emotional needs of the poorest children in poor communities. It was founded by an American journalist, The Rev. Everett Swanson in 1952. Rev. Swanson initiated a programme to provide Korean War orphans in South East Asia with food, shelter, education and health care as well as training in Christian values. Currently, the organisation has more than one million children in 26 countries registered. CIG started its operations in Ghana in 2005 and has over 25,000 children enrolled in both Greater Accra and Central Regions. Rev. Mrs. Jemima Amanor, Country Director of CIG, said that attention and love given to children by their parents, guardians, churches, communities and sponsors were critical to their holistic development. “The engagement of caring adults in the lives of the children is central to our programme and by helping to strengthen this, we are addressing and important aspect of the context of the child,” she said. Rev. Mrs. Amanor said the organisation would within the next three years increase the number of registered children from the more than 25,000 registered children to 51,000. Compassion International, currently, operates in eight countries including Ethiopia, Kenya, Tanzania, Rwanda, Uganda, Burkina Faso and Togo. The organisation forms partnership with local churches and the communities to undertake ministry to children. CIG uses child sponsorship programmes as model of child development under which children are connected to Christian sponsors across the world, who sponsor the children to develop their talents to break the generational chains of poverty. CIG selects Evangelical Churches in poor communities who have the capacity to cater for deprived children within their community as partners. To qualify for partnership with CIG, selected churches must have basic amenities such as safe structures where the children can meet, as well as toilet and water facilities. The churches are then taken through a vision sharing conference where the capacities of partners are built to enable them to carry out child development programmes. CIG does not construct institutions or orphanages to house beneficiaries, but mainly provides financial and technical support to the church partners while the church offers human resource and infrastructure to undertake child development programmes.