Strategy Of NPP Is From My Book | Dr. Arthur Kennedy 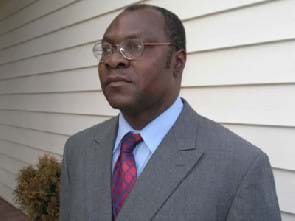 
A leading member of the NPP, Dr. Kobina Arthur Kennedy has said that his book “Chasing the elephant into the bush, Politics of complacency”, has played a major role in the drawing up strategies for the party’s campaign ahead of the 2012 elections. A 35 member team, named by the NPP to spearhead Nana Addo’s campaign, saw the exclusion of Dr. Arthur Kennedy who was the director of campaign communications prior to the 2008 elections. Dr. Kennedy however told Citi News that he is not worried about his exclusion from the core team. He adds that he knows the role he has to play and would do so whether he is on the team or not, to secure victory for the party in the 2012 elections. There was fierce misunderstanding between some NPP executives and Dr. Arthur Kennedy after the release of his book. Not only did he get into the bad books of some NPP members but was left out of most of the central activities that the NPP undertook, which involved some of the other NPP flagbearer aspirants in the lead up to the 2008 elections. Dr. Arthur Kennedy intimated that “there are quite a number of people on the list who you would not hear much from again and there are people who are not on the list who would play very prominent roles in the campaign. "I think that it is a good team and the flagbearer should be given the support he needs so that he can prosecute a successful campaign".