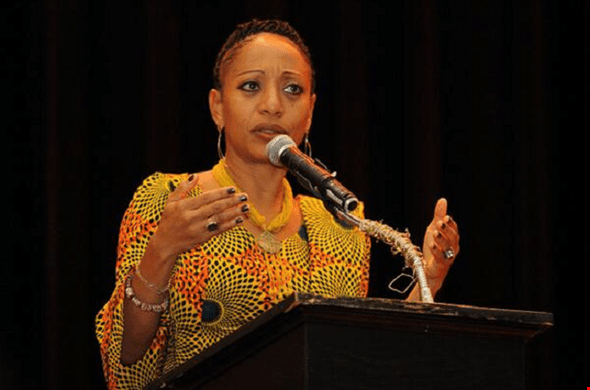 
The daughter of Dr Kwame Nkrumah and a former Chairperson of the Convention People’s Party (CPP), Ms Samia Yaba Nkrumah, has made a passionate appeal for a change in the name of the country's international airport.

According to her, Lt General Emmanuel Kotoka was behind the illegal overthrow of her father and his name on the country's international airport was a misnomer.

Speaking in an interview with Radio Ghana, Ms Nkrumah said changing the name was the only dignifying thing to do to appreciate Dr Nkrumah and his toils for the country.

In a related development, Ms Nkrumah stated that her father’s role as Ghana’s first President and his pan-African vision warranted his special standing in Ghana’s history towards independence.

She said unlike others who also played their part even before her father came to the scene, Dr Nkrumah was the catalyst in the struggle and final attainment of the country’s independence.

President Nana Akufo-Addo’s speech on Independence Day has sparked some debate over the perceived sidelining of other Ghanaians who contributed to the independence struggle.

The speech was criticised by some, including the CPP, as being a skewed account of history to suit his father, Edward Akufo-Addo, and uncle, J.B Danquah, who also played their roles on the road to independence.

Ms Nkrumah described the whole debate as “a huge distraction” in an interview with Eyewitness News, as she noted that “Kwame Nkrumah himself said the independence struggle started before him.”

She, however, stressed that her father definitely played the role of a catalyst and would have given him more prominence had she been the one who gave the Independence Day speech.

“We agree that there were so many other people [in the independence struggle], but his role was significant. Nobody can take that away from him. If I was giving that speech, I would have given Kwame Nkrumah more prominence.