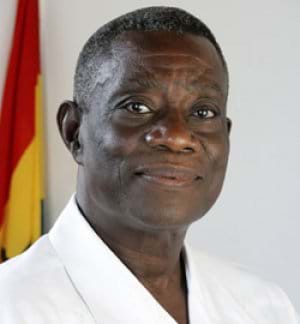 
Exclusive details available to Citifmonline.com have it that President Mills has ordered immediate release of the ex-gratia of Members of Parliament who served under the fourth Parliament of the Fourth Republic. President Mills ordered a freeze on the ex-gratia weeks after taking office, following a storm of public outrage triggered by the sheer size of funds to be paid to each beneficiary. The President’s fiat which froze payment of the ex-gratia also followed a lengthy back and forth argument over whether the document based on which the funds were to be paid had received proper Parliamentary and Executive approval under the erstwhile Kufour administration. Details of how much in all will be paid to each beneficiary are not clear but Citi News parliamentary correspondent Richard Sky reports “that on the average a recipient may receive as much as 80,000 Ghana cedis.” The President’s order to the Finance Ministry to release funds to pay former MPs came days ahead of the weekend’s National Delegates Congress of the NDC, which elected the incumbent as the 2012 Presidential Candidate for the ruling party. The timing of the Presidential order has caused the NPP MP for Manhyia, Hon. Mathew Opoku Prempeh, to accuse the President of using the ex-gratia to win votes at the NDC congress. However, the Deputy Majority Leader, Hon Rashid Pelpuo says the Manhyia MP got it all wrong. Hon Rashid Pelpuo described the allegations as unfortunate, "vile" and "vicious", adding that there is no iota of truth in the claims made by the Manhyia MP. “This is terribly unfounded and vicious. There is no iota of truth in this very vile accusation. There are members from the opposition NPP who are saying they are broke and need money and there are members from our side also who say they need money. “So there is pressure from both sides asking us to expedite action on the ex-gratia. So anybody who has gone round to spin it and give it that kind of vicious image is very unacceptable”.