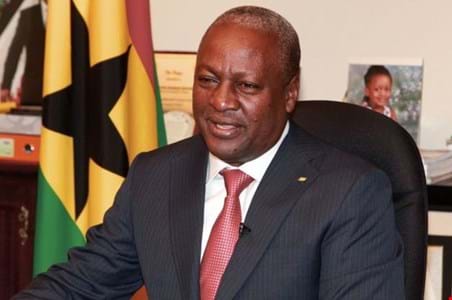 Members of Parliament (MP) have been recalled to consider a motion seeking to impeach President John Mahama for accepting a ford Expedition vehicle as a gift from a Burkinabe contractor. An investigative report by Joy News’ Manasseh Awuni Azure quotes Mr Kanazoe confirm giving the vehicle to the President through Ghana’s Ambassador to Burkina Faso. Djibril Kanazoe who describes the President as a friend is the contractor behind the controversial $650,000 Ghana Embassy wall in Burkina Faso which was flagged by Parliament’s Public Account Committee (PAC). He is also the only African awarded part of the high budget road project in Ghana, the Eastern Corridor Road Project. There was reports that he was being considered for the GHC82 million road project at Hamile but pulled out following the expose´. But President Mahama in a breakfast meeting with the clergy in June denied using the vehicle for his personal comfort saying, it was given to the state. A summon by the Speaker of Parliament, Edward Doe Adjaho directed MPs to return to the house on Thursday, September 1, but fell short of disclosing the agenda for the sitting. However, Article 112 (3) of the Constitution says if 15 percent of MPs sign a petition, parliament must sit to consider it, but Joy News checks revealed that more than 100 of minority New Patriotic Party (NPP) MP's are signatory to the petition for a recall of the House. Joy News parliamentary correspondent Elton John Brobbey reports that the Majority Chief Whip, Mohammed Muntaka Mubarak who confirmed this says it is an attempt by the minority to waste parliament's time. According to Elton, it is not going to be easy for the minority to have their way as he foresees a Herculean task for them passing through to the first stage. The majority according to reports is strategising to ensure that the motion is not even given the opportunity to be heard on the floor. Mohammed Muntaka Mubarak said "They are calling us for a purpsose which unfortunately I think is a very wasteful. One which is not going to fly and won't succeed," he said. He said the majority are not perturbed by the impeachment motion but but regret that it is going to be a waste of everybody's time because the minority see them very busy working in their respective constituencies. "We are doing the best that we can and they are pausing us for a day. I don't think it would even last for more than three hours on the floor. We will get time and go back to work," he said.