NDC Has Not Merged With Any Party-Lawson 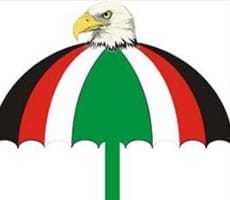 The National Democratic Congress has not yet merged with any political party. Rather, the NDC welcomes the leadership and members of the Democratic Freedom Party's resolve to join the NDC to prosecute the campaign to win the 2012 Presidential and Parliamentary elections. The Deputy General Secretary of the NDC, Mr George Lawson, gave the clarification in an interview with the Daily Graphic on Wednesday. He said that if the NDC merged with any political party, there would be trade-offs and issues bordering on name, symbols, motto, among others, would be comprehensively discussed. He said what had happened in the case of the DFP was that at their last congress, they lowered the flag of the DFP and hoisted that of the NDC to signal the DFP's return to the NDC. Mr Lawson described the whole exercise as “coming back to roots” which he indicated was a positive sign for both parties. The Deputy General Secretary welcomed the current trend where many individuals and political parties were joining the NDC in droves, saying “this augurs well for the NDC as a party performing in government. He said one thing that had endeared the NDC to many people was the “Better Ghana Agenda” which he said was working to the satisfaction of majority of Ghanaians. In addition, Mr Lawson said that good governance was at play and internal democracy entrenched in the party. He recalled the peaceful NDC Congress which was organised in Sunyani, the capital city of the Brong Ahafo Region recently, saying while some skeptics were hoping to see violence and chaos, the opposite happened and the successful outcome of that congress shamed the detractors. On the DFP joining the NDC, he said that the Functional Executive Committee of the party had concluded discussions on the matter and it was left with the National Executive Committee as well as Congress to discuss and ratify any agreement if need be. He said that members of the NDC who left to form the DFP and were now coming back to the NDC would have to pay their dues in full to enjoy their former status whilst they were in the NDC. For those DFP members who originally were not members of the NDC but were now joining the NDC for the first time would have to activate their membership with the party by securing appropriate NDC membership forms to register formally with the party. He said that the NDC needed the numbers to win any election and it would therefore gladden the heart of any NDC member and sympathiser that the party had become very attractive and was on the path to retaining political power in the 2012 election. He gave the assurance that the NDC would not relent in its efforts to deepen democratic values in the governance of the nation. “By the end of our first four years in office, Ghanaians would attest to what the NDC had done by way of bringing development to the doorstep of Ghanaians,” Mr Lawson pointed out.