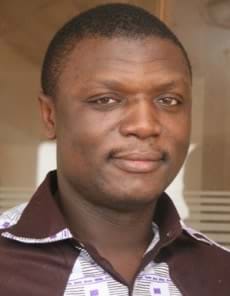 The Spokesperson of the Rawlingses, Kofi Adams has dismissed reports that Nana Konadu Agyeman Rawlings is likely to break away from the NDC and contest the 2012 general elections as an independent presidential candidate. Speculations has been rife that the former first lady would break away from the NDC after the excruciating defeat she suffered at the National Delegates Congress held in Sunyani which saw President Mills elected to lead the NDC in the 2012 polls. A group of branch executives of the party from the Central Region have already proposed that the NDC founder’s wife runs as an independent candidate in next year’s presidential polls. But, Kofi Adams, speaking on the Citi Eyewitness News on Wednesday, July 13, noted that Nana Konadu Agyeman Rawlings had stated earlier that no one or thing could drive her away from the party, irrespective of the outcome of the Congress. Kofi Adams also dismissed reports that Ex President Rawlings asked his wife to withdraw from the contest and allow President Mills to be acclaimed by the delegates of the NDC. The Globe newspaper reported in its Tuesday July 12, 2011 edition that a source close to the former first family had, speaking on condition of anonymity, revealed that the defeated NDC flag bearer aspirant was unhappy with her husband for, as the source put it, “not actively supporting her campaign for election as flag bearer.” According to the source, Nana Konadu is also unhappy about how the founder stepped forward to raise the right hand of President Mills soon after the results were announced. But, Mr Adams insists the rumour, widely circulated during the congress, was just a negative tactic employed by some elements of the Mills campaign team to convince more delegates to vote for President Mills. “That was another lie that was put out there, it was well orchestrated using (former Rawlings aide) Ambassador Smith to push it and even all the way through the congress it was applied”.