I Plead For Forgiveness If-Kyei-Mensah-Bonsu 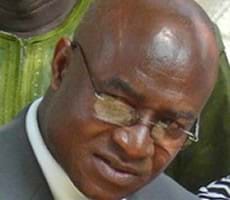 Minority Leader in Parliament and New Patriotic Party MP for Suame, Osei Kyei-Mensah-Bonsu is pleading for forgiveness if comments he advanced in furtherance of the the party's search for a running mate offend anyone. He says his explanations on where the NPP should look for a fitting running mate to partner Nana Addo Dankwa Akufo-Addo to battle the ruling National Democratic Congress in the 2012 elections, were in no way an attempt to denigrate Gas or any group of people. Kyei-Mensah-Bonsu has been condemned especially by followers of the rulling party who say his comments are ethnically poisonous and constitute an attack on Gas as well as expose the NPP as an ethnic party with scant regard for members other than Akans. But he told Radio Gold on Tuesday that he harbours no ill will towards Gas or any other group and that what he had sought to do in an interview with another radio station was to examine the stature of Prof Mike Oquaye, Second Deputy Speaker of Parliament and NPP MP for Dome-Kwabenya constituency in the Greater Accra region and to surmise that a Ga NPP member of his stature would fit the running mate slot. However, he said with Prof. Mike Oquaye’s age a disadvantage, he had asked rhetorically if there was any Ga NPP member who matched the pedigree of Prof. Oquaye. Arguing that the interview from which the comments complained of were taken was a lengthy one and an exhaustive listening of which would clear all doubts about the import of his submissions, Kyei-Mensah-Bonsu named a couple more Ga NPP members whom he said were notable persons to be considered for the post – Shirley Ayorkor Botwe (Weija MP) and Tema West MP Irene Naa Torshie Addo, however, he said his yardstick was Prof. Oquaye. So why didn’t you remember all of these people when you did the analysis and suggested there was no competent person apart from Mike Oquaye who was disqualified by age at the time you granted the interview, asked Alhassan Suhuyini, host of Radio Gold’s Power Drive morning show. “That’s why I’m saying that I don’t know whether this thing didn’t come out well but the yardstick that I was using was Professor Mike Oquaye and I was talking about his stature. You seem to be suggesting that well, let’s decouple it - because where you started from, the link is not easily traceable, that is what you are suggesting to me now.” Right, responded the host. “If that is the case, I’ll plead for forgiveness but that was the point I was making; that you must, or looking at the stature of Mike Oquaye, Professor Mike Oquaye contested to be the leader of the party, the flagbearer in 2007 and lost out. If people had bought into his own ideas, (he) would have been made the flagbearer. As far as I’m concerned he qualifies to be the flagbearer of this party, so not only the running mate, he qualifies to be the flagbearer of the party…” Osei Kyei-Mensah-Bonsu who said he has Ga children and cannot under any circumstance banish them from any political party they choose to join, maintained that he only used Prof. Oquaye as a yardstick “…but if it didn’t come out that way as I had intended to do and as I am explaining now and people misunderstood it, I’m prepared to apologise to people who feel offended but that is how I approached it…”, he said.