Ghana goes to the Polls 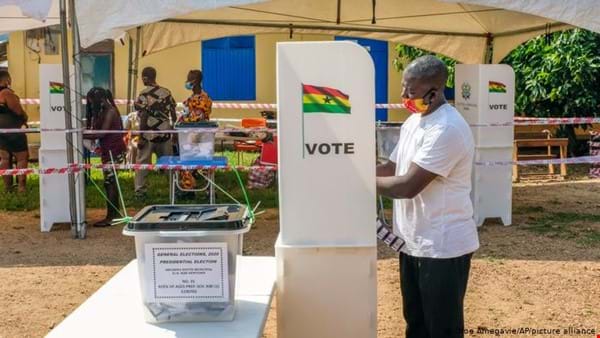 Voters in Ghana will head to the polls on Monday to pick the country’s next president, in what is expected to be a tight race between incumbent Nana Akufo-Addo and his predecessor, John Mahama.

The two longtime rivals, who are squaring off for the third straight time as they seek a second and final term, are widely seen as the two frontrunners in a crowded field of 12 candidates.

Campaigning has largely focused on the economy, infrastructure development and the handling of the COVID-19 pandemic. The fight against corruption has also featured prominently in the lead-up to the election during which the political rivalry that has for the last decade defined the campaigns of both Akufo-Addo, of the centrist New Patriotic Party (NPP), and Mahama, of the left-leaning National Democratic Congress (NDC), was largely on display.

“The candidates have spent more time exchanging words rather than focusing on the challenges facing the people,” said Michael Opoku, a 54-year-old trader in Kumasi, Ghana’s second city.

“I want a better Ghana that will guarantee my future. I am not concerned so much about voting for a political party but my vote will be for those who are out to make a difference when elected into office,” he added.

Despite the heightened political tensions, the two leading candidates on Friday signed a pact for good conduct and peaceful elections at a ceremony in the capital, Accra, that was attended by traditional and religious leaders, as well as international observers.

Monday’s vote will be the eighth since Ghana’s first step towards multiparty democracy in 1992. The country has a strong record of smooth transitions of power and Ghanaians are hoping it will build on its reputation as one of West Africa’s most stable democracies.

The NPP and the NDC have peacefully exchanged power several times during the past decades but friction is high this year amid opposition allegations over the independence of the electoral commission. Last month, Mahama alleged that the body set out to organise “a flawed election” and threatened to reject the results.

“Recent events under the current administration have given many anxious moments of doubt about this administration’s ability to deliver a peaceful, violence-free election,” Mahama, 62, said at his speech during Friday’s peace pact-signing ceremony.

Electoral officials have dismissed the opposition’s accusations of attempting to rig the elections.