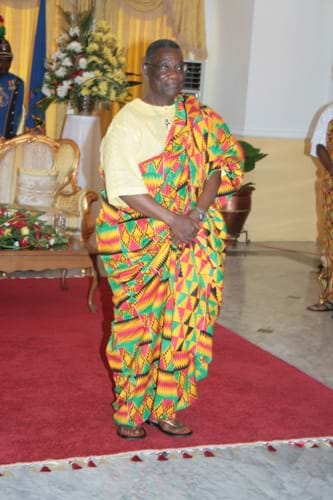 
A new association of people, who believe in the governance and policies of President John Evans Atta Mills, has been out-doored at Cape Coast with a funfair. The Association known as GAME an acronym for "Get Atta Mills Endorsed" aims to mobilise votes for President Mills to support his flagbearership of the National Democratic Congress (NDC) as well as to ensure that he retains power come 2012 in the presidential race. Inaugurating the Association, Mrs Ama Benyiwaa-Doe, Central Regional Minister, said the NDC would have no moral justification to approach Ghanaians in 2012 to vote for another person canvassing on the party's ticket for votes to become the President of the nation if President Mills was dropped. The Minister reminded the party members that a failure of President Mills was a failure of the NDC and therefore they could not cut their noses to spite their faces and expected Ghanaians to see them as a fortified NDC. She said gradually the nation was developing a convention, which would allow a President to serve a two-term in office and urged NDC to allow the convention to work. Ms Hannah Tetteh, Minister of Trade and Industries and a leading member of the Association, expressed regret that the NDC did not have patience with President Mills, but started criticizing his Administration just one month after taking office. Some members of the party, she said, wanted President Mills to conjure miracles to solve the problems facing the country in one month. Ms Tetteh said it beat her imagination why NDC wanted to throw "The golden baby away with the water used to bathe it." She said it was impossible for any government to satisfy all its party members in two years four months and advised NDC members to stop grumbling and wait patiently for their turn. Mr Samuel Adu Yeboah, Central Regional Chairman of the NDC, assured the party's teeming supporters that the upcoming NDC July Congress would not bring any change to the party, but rather make it stronger. He advised people, who had been giving conflicting and disparaging reports about the party, to stop. Mr Adu Yeboah outlined the number of projects executed under President Mills' Administration within 28 months as unprecedented in the country within that length of time. Mr Stephen Edward Moore, Mfantseman West NDC Chairman cautioned supporters of people vying to contest the Presidential primaries to play it clean because they all belonged to the NDC family. Mr Yalley Anaman, a leading member of the party in Cape Coast cautioned supporters of the party not to collect money from anybody, who decided to contest the primaries, if they knew they would not vote for the person. Mr George Kuntu Blankson, MP for Mfantseman East and Deputy Majority Chief Whip, said if it was development Ghanaians were looking for then they should rally behind President Mills for him to enjoy the second term. Mr Ebo Barton-Odro, Deputy Attorney General and MP for Cape Coast said it would be unwise for the NDC to replace President Mills with another person. The out-dooring was attended by a large number of party faithful and sympathisers of President Mills

We Will Be Fair To All Contestant NDC 416