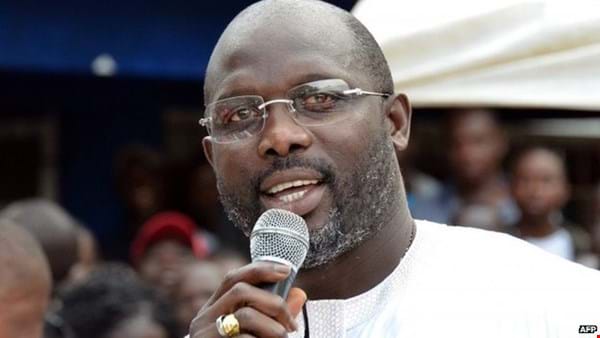 The National Elections Commission said that with 98.1% of ballots counted, Mr Weah had won 61.5% of the vote.

Opponent Joseph Boakai is far behind with 38.5%.

Mrs Sirleaf defeated Mr Weah in the presidential election run-off in 2005, after the end of a brutal civil war.

As news of Mr Weah's victory emerged on Thursday, his supporters began celebrating in the capital Monrovia.

He won the first round in October with 38.4% of the vote, compared with the 28.8% of Mr Boakai, 73. His failure to secure an outright majority forced a run-off.

Mr Weah played for a string of football clubs, including AC Milan, Chelsea and Paris St-Germain, and is the only African footballer to have won Fifa World Player of the Year and the coveted Ballon D'Or, in 1995.

He entered politics after his retirement in 2002 and is currently a senator in Liberia's parliament.

We Will Be Fair To All Contestant NDC 411