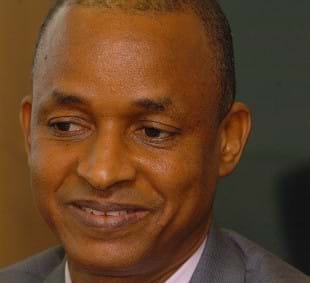 Diallo Declared Front-Runner In Guinea Election Website
Certified presidential election results announced Friday in Guinea put conservative Cellou Dalein Diallo in first place out of a field of 24 contestants, followed by liberal Alpha Conde, an election observer told CNN. Diallo won 39.72 percent of the vote; Conde took 20.67 percent, said the observer, Abdel-Fatau Musah. That means Diallo and Conde will compete in a runoff for the presidency late this month or early next month, said Musah, who is political affairs director for the Economic Community of West African States. Though the constitution calls for the runoff to be held July 18, "problems with preparations and things like that" will likely delay it until later in the month or early in August, he said. Sunday's voting represented the first free ballot since the west African nation gained independence from France more than half a century ago. Observers applauded the vote in a country ruled by authoritarian and military dictators since it gained independence from France in 1958. About 77 percent of the 4 million people eligible to vote did so, he said. Prior to Friday's announcement of the results, 21 of the candidates had accused the process of having been tainted by fraud, but Musah said observers found no widespread problems. "Of course, there were technical challenges, but no organized fraud or anything like that," he said. "The elections were quite free and fair." He said votes were canceled from 16 of the more than 8,000 polling stations that participated. "That's a very small percentage," he said. ECOWAS is one of many observers in the country, as is the Carter Center from the United States. ECOWAS has the largest delegation in the country, according to Musah. Though Diallo and Conde are both pro-democracy candidates, Diallo is right of center and Conde is left of center, Musah said in a telephone interview from the capital city of Conakry. "The two of them are probably the worst kind of combination that you could find, in terms of maintaining a peaceful environment, because their supporters are very passionate - and we may see some clashes," he said. Asked if that meant violence, he said, "Violence, yeah. It's a distinct possibility between these two because tensions are very high." Diallo's resume includes service in ministerial positions in previous regimes; Conde served time in prison until an international outcry secured his release, then he went into exile in France before returning to Guinea, Musah said. "One is very much an activist type of person; the other person is an establishment person," Musah said. Whoever wins will find plenty of challenges, Musah said, with the biggest problems being a governing structure that needs to be demilitarized, an economy that "has collapsed - literally," and rampant drug trafficking. The election will put a civilian in charge of a nation ruled by a military junta, which replaced veteran ruler Lansana Conte after his death in late 2008. Capt. Moussa Dadis Camara seized power and promised elections and the introduction of civilian rule. Last year, the opposition organized a protest against him in a stadium in Conakry, but the military attacked the demonstrators. About 150 people were killed, more than 100 raped and at least 1,000 injured, according to the U.S. government and international human rights groups. Camara himself was seriously wounded in an assassination attempt by an aide in December 2009, and flown overseas for medical treatment. He survived, but agreed not to return to the country. Minister of Defense Brig. Gen. Sekouba Konate became interim president, paving the way for Sunday's elections. Guinea, a country of about 10 million people, has gold and diamond mines. It is a leading producer of bauxite, an important aluminum ore.