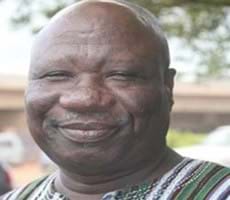 The Central Region Propaganda Secretary of ruling National Democratic Congress (NDC), Allotey Jacobs, says credible information available to the party indicates that the presidential Candidate for the New Patriotic Party (NPP), Nana Akufo-Addo met with key personalities in the Gays and Lesbians community in the United Kingdom. According to Allotey Jacobs, Nana Addo did not meet UK Prime Minister David Cameron as has been reported by the media, but met with gay and lesbian kingpins and assured them of his unflinching support when voted into power. "The NPP UK branch met with strong, powerful and conservative lesbian and homosexual lobby groups and sourced funds to help his campaign" Allotey Jacobs alleged. Allotey Jacobs made this allegation during a panel discussion on Adom FM’s Dwaso on Tuesday. He called for the release of a televised version of the supposed meeting between Nana-Addo and David Cameron. However, General Secretary for the opposition New Patriotic Party (NPP) Kwadwo Owusu Afriyie reacted sharply by referring to Allotey Jacobs as a ‘joker’. "Allotey Jacobs is a joker in politics and should not be taken serious," Mr. Owusu Afriyie said. In a quick rebuttal, Allotey Jacobs said “in my joking I have this information to put out there; the NPP wants to discredit Ghana in their quest to win power at all cost”. Meanwhile, Sir John has denied using the word “chided” as he is reported to have used when he granted the interview on the said meeting between Nana Addo and David Cameron. He claimed that it was Communications Director at the Presidency Koku Anyidoho who rather used the word “chided” and attributed it to him.