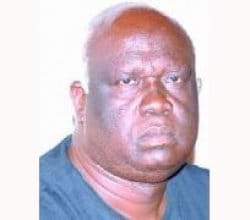 
A group in Ghana calling itself the National Democratic Congress Youth Committee is calling for the prosecution of the President of the Ghana Medical Association (GMA) Dr. Winfred Adom Winful and his members “for mass murder. ” The group is also calling on the “Ghana Police Service and the Attorney General to take steps and prosecute him for mass murder” because of some derogatory statements Dr. Winful made last week. He told the press last week: “People die every day anyway,” in response to a question pertaining to their decision to step up their strike action. It is on the back of this statement that the NDC youth group argue the GMA president and the entire leadership of the GMA should resign to protect the image of the association. Speaking on Citi FM’s Eyewitness News on Monday, the convener of the group Peter Boamah Otokunor said, “I think it is a very sad moment for a lot of people who have their relatives in sick beds because you have a president of a medical association saying that life is no important and people die every day so what is the fuss about they going on strike? “Within the last 10 days there have been media reports that people are dying here and there and all that the medical association president could say is that people die every day so if they are on strike there is no problem and that there is all die be die. ” “We think that is very worrying, that is very sad and he should be prosecuted for mass murder,” Otokunor added. "We are speaking to our lawyers and we are initiating a process to as it were file a case against them for mass murder. ” The NDC youth committee becomes the second group to sue the striking doctors after another group known as the Coalition of NGOs in health filed a suit against them last week.