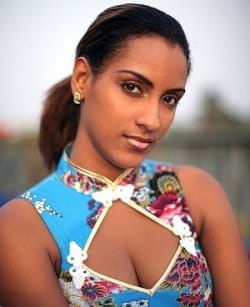 
Ghanaian actress Juliet Ibrahim is making plans to launch her Juliet Ibrahim Foundation (JIF) in December to start an awareness campaign about cancer of the kidney. Kidney cancer is a cancer that originates in the kidney and is a very serious illness that is increasing by the day worldwide. Not many Africans are aware of the disease, hence Juliet’s decision to create awareness about it. She told NEWS-ONE on Monday that one of her major reasons for the campaign was that the ailment was caused by simple day-to-day activities that people could avoid. Juliet said her two aunties were living with the disease but because they got to know of it early, they were able to get the necessary treatment. “The rate at which Ghanaians and West Africans are dying from this incurable disease is increasing by a huge percentage over the months. "I have 2 aunties that are now victims of kidney cancer but because theirs were detected early, they are now going through dialysis treatment. The earlier JIF helps Ghanaians and other West African citizens to know their status and prevent kidney cancer from getting to the incurable stage, the better it is for our society. JIF is here to help save lives and put smiles on the faces of the less fortunate living with kidney cancer but can’t afford to handle their bills,” she said. “One of the most important reasons why I chose to create awareness on kidney cancer is because it is caused by very simple day-to-day activities that we human beings are unaware of. "Some of these common causes include smoking; an overweight person also has a higher risk of getting kidney cancer and people with family history. “Some workplaces and works we do cause kidney cancer because we are exposed to certain chemicals on a daily basis. These are all the little points I’m here to make known to the public to help save lives,” she added. After the launching ceremony, she will embark on an awareness tour and other activities which will be made known at the ceremony. Juliet just returned from the USA, where she had been filming and meeting her fans for about a month. She has already started preparation towards the launch of her foundation.

Strains of Covid-19 discovered so far 40

Coronavirus: What misinformation has spread in Africa? 17